Between The Oceans 2011-2012 (Central America) | The Family Without Borders 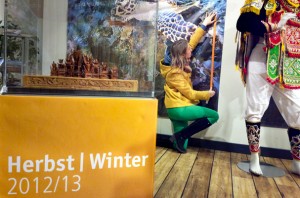 Soon, already in two weeks the exhibition of our pictures from the Central America trip will start to hang in the shop Globetrotter, in Berlin. For the whole March everybody can come and watch them and at the end, on 26th March evening, we will have a big slide-show with stories. Today we made a Read More 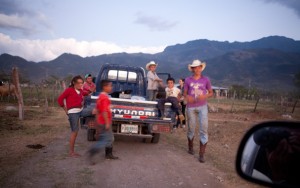 While being on the road trip, you discover the road from million of sides. It’s your way, your aim, the bedroom, the shopping mall, the place of meeting people. 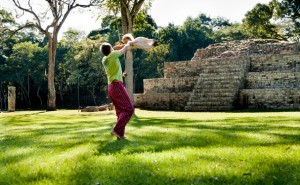 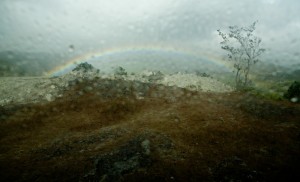 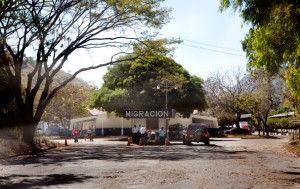 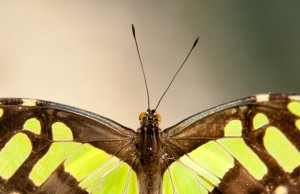 – But why you call it “butterfly”?! – that was the only question Hanna had after this meeting. Me and Tom speak English with each other, but girls understand everything. Seems like the flying butter didn’t make any sense for Hanna, when she was watching those amazing wings. 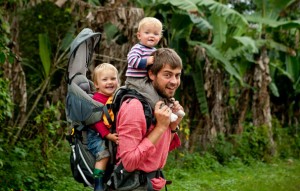 Lago de yojoa is not only the largest lake in Honduras but was always on the important route for  early indigenous groups and now on the country’s only real highway CA5. So easy and worth to stop by. 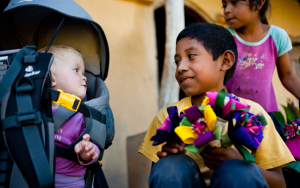 We have checked the corners of Honduras really quite well. Also because we couldn’t cross some roads – so we had to go totally around. And that’s how it happened that we ate ‘pollo con papas’ (chicken with fries) in: Omoam, San Pedro Sula, Comayagua, La Paz, Santa Barbara, La Entrada, Marcalla, Copan Ruinas, Gracias Read More 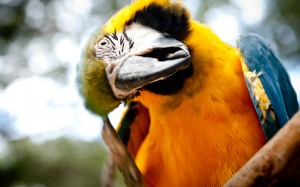 We are in Honduras! And what is the national bird of Honduras? The amazing Scarlet Macaws (parrots): the bird-dream of every photographer. Like many other parrots and toucans, you can meet them in tropical forest between south Mexico to Amazonian Brazil, Bolivia and Peru. And you can be sure – you will remember those meetings! 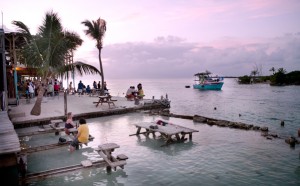 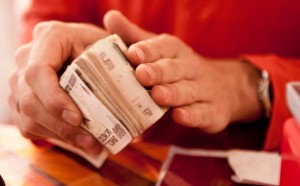 Money makes us go around?!

The most popular comment under some media coverage about us (except “wow, that is nice” and “poor kids with irresponsible parents” is: “oh my god, they must be so fuckin’ rich, travelling like this is not available for normal people”. It is, I’m telling you. 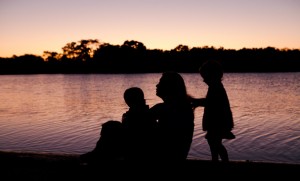 We don’t just go from a place A to the place B. All the places on the way, where we sleep or cook – became memories itself. 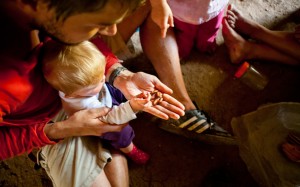 Leaves and cacao with Mayas

Going south in Belize, the most far away from touristic crowds of the seaside and the islands. Far into the jungle, in Toledo district, very close to Guatemala but to get there you need to go around for 600 km. 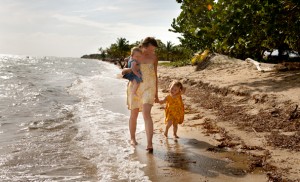 Also during our trip they happen: those days of doing nothing. Or maybe just nothing spectacular, because we were busy all the time: with discovering the waves, stones in the sand and funny plants. 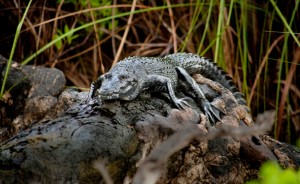 Not experts of Maya ruins, nor experts of bird life but both: in Lamanai and in Crooked Tree wildlife sanctuary we were again impressed. 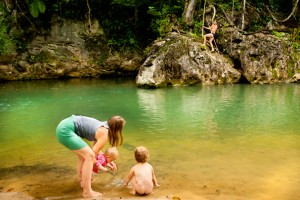 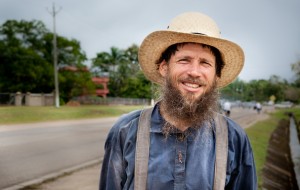 First impression from some jungle road: a crazy mirage or they are shooting a movie? Do you remember “Dr. Queen” series? Or “Little House on the Prairie”? Women in long, simple dresses and bonnets, men in denim overalls and hats. Those are the Mennonites, religious community and a much more exciting topic than beaches and Read More 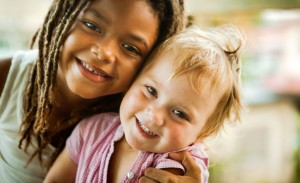 – Aarite, Bro? – our first hours in Belize were kind of funny. Everything sound a bit like a joke: suddenly super open, friendly and talkative people. A big change from shy and distanced Maya people in Guatemala. But that was only the first impression, Belize is like a strong drink made of very different Read More 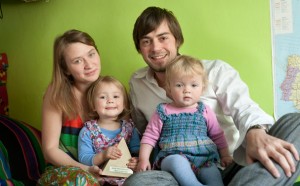