Vanuatu | The Family Without Borders 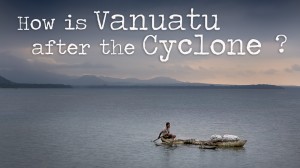 In „our“ Vanuatu – the worst cyclone EVER in the region

This weekend we spend on reading the news from the Vanuatu – a little country on the South Pacific: houses, villages and islands of our friends have got completely devastated. 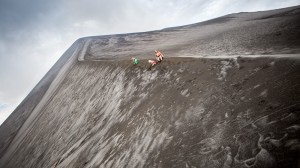 „BOOOOOOM boooo boo bu buuu!!“ – just some metres away from you. Every few minutes! „Boooom!!!“ – a sweet fireworks just for us. As an award for few hard hours of fights to get to the volcano Mt Yasur, on our last night on the Tanna island and second last night in the country of Read More

Was that very stupid?

Vanuatu, little island Atchin. Few people there have solar panels, and those panels make it possible to load… a mobile phone. This is the only connection with other parts of the country or the world. People, who have never seen a TV – have never seen more than what is surrounding them: little islands, bush, Read More

Video: Sailing on the Pacific

Just that you get a tiny feeling how it can be on the boat on the Pacific – I had no idea before how catamaran looks like, how are the little bedrooms downstairs, how is it to see the water and water and water. Tadadada: the video! 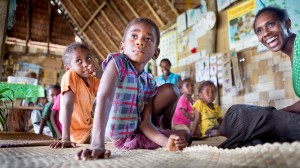 So… we had in our hands a little paper with name „Saraken“. We knew he lives on the Atchin island (which is close to Malekula island in Vanuatu) and that his daughter Rachel works in Port Vila in a hotel. We knew he lives with his wife and little Nanneth, daughter of Rachel. And we Read More

Last year on the world’s largest tourism trade fair ITB Berlin, we talked with just few people. The nicest guy was from… Vanuatu. From where? Is it a country, a city, an island? How many people know the answer? And know anything about Vanuatu? Do you?