Ukraine | The Family Without Borders

– Not always caviar – my best friend likes to say so. And when being on the top of Crimean mountains but in the middle of clouds it would be easy to agree with her, but I will not. Because even such a no-view can be the caviar during our trip.

Artek since my school time and Russian lessons was for me a place very close to heaven. The place you will be only able to reach if you lived a good life: behaving well to teachers, having good marks, being a good socialist boy, always helping mama, standing up for older people in the tram, Read More

Crimea is our biggest discovery until now. Best you can get: mountains and sea in one place, just next to each other, all in green! Russia should be really really angry at Nikita Khrushchev that in 1950s he gave it away to Ukraine.

What to say? Clean, proper city. With good city port but not much atmosphere. If not counting Russian Black Sea Fleet and hundreds of Russian flags everywhere.

Crimean Tatars, their tradition and culture – best place to go is USTA workshop of Ayshe Osmanova and her husband Lutfi in Bakchysaray.

Balaklava is the most beautiful spots at the Crimea (Black Sea) with a Soviet submarine factory under the mountain. 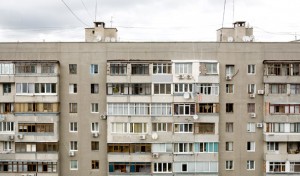 Especially in Crimea, where there is no hostels concurrency, you don’t need much to start one: somebody with a flat which has one-two rooms free, washing machine and wi-fi. And presence online as a “hostel”.

Strange thing has happened to us and I’m still not sure what to think about it. We met (maybe) an archeologist, which was (maybe) doing the excursion about old Armenian monastery and is (maybe) living in nearby cave.

The name of the town means “garden palace” and the place (or at least the name of the place) itself is well known in Poland thanks to poet Adam Mickiewicz. But obviously he hasn’t seen the caves!! 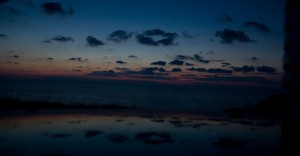 While sleeping in the car, our evenings are coming very early. And it’s even not only about darkness and being surprisingly fast tired but – about mosquitoes. Our biggest enemy during the trip and a reason to hide in the car, close all the windows and organize inside the car family insects-hunting. 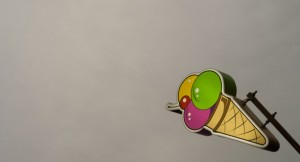 Oh, sometimes I’m really happy that nobody is forcing us to spend summer holidays in such a way: on Ukrainian seaside in one of many tourists resort. Would be really not easy and after some hours truly boring. But having a walk in this reality is fun.

That was a day when I had to dressed up 3 times: in old Orthodox Church, in Dzhuma-Dzham Mosque and Dervish Monastery. Yevpatoriya, which is 2500 years old, is truly multireligious and multicultural place.

The pursuit of pelicans

The goal is easy: in this tiny village we have to find somebody who will give us his boat. Because it seems to be so beautiful here and those birds which you learn about in school are just flying around here. 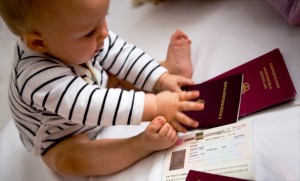 Russian visa: to win the battle!!

Russia, here we come! After more than one month fight for our visas we almost lost our hope. But Russian embassy in Ukraine is much nicer than in Moldova and… we won our small battle. 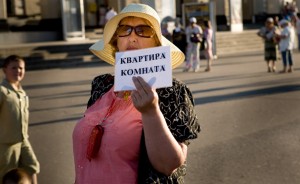 Odessa, the city of dissapearing hostels

After being cheated by “babushka” we decided to go through our list of hostels which we found online. For a while we thought none of them is existing! 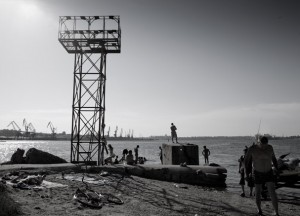 Relax if you can

While checking out the industrial neighborhood of Odessa we found this place. Shabby stones, old roasted stakes, dirty water and happy people having fun. 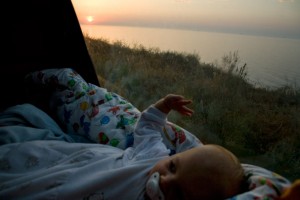 Just short visit to Odessa (to take care about some official papers) and lovely place just at the sea. The Alboth Family first time really swimming in the Black Sea! 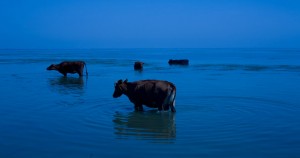 Waking up with cows, in Ukraine!

Tiny border crossing between Moldova and Ukraine (this time not through Transnistria) and first stop at Dniester Liman. And then we met friendly party people with too good cognac. Was a hard morning with… cows.

The most beautiful border

Our last day of western Ukraine was very green. I have no English words to describe all those sorts of green! We crossed the most beautiful border I have ever seen: between Ukrainian and Romanian mountains, through “our” Tysa river (we met it on our trip to mountains, as a small baby river).