That’s the end | The Family Without Borders
BelizeGuatemalaHondurasMexicoNewsPoland
December 11, 2012
Likes 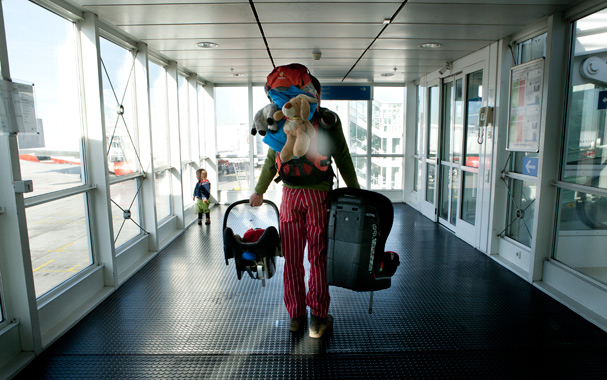 During one of those fast visits to the internet cafe (to publish the next blog post), somewhere in the  mountains of Honduras, we’ve got this terrible news. My (Anna’s) father passed away. Totally suddenly and totally unexpectedly. The best papa ever, the most beloved grandpa for Hanna and Mila. The one, who during our first trip, even came to travel with us for a while in Armenia.

There is no words to describe that time. The only clear thing was: we are going back home, immediately, now.

And so we did. Thanks to our good friend, who found the fastest flight, thanks to Tom’s parents, who bought us the tickets. In 3 days we were back in Poland. Driving like crazy, crossing whole Guatemala, Belize and Yucatan Peninsula, to get to Cancun. Crossing the Atlantic Ocean, changing the flights twice in Europe and landing in Warsaw. Who would ever expect that..?

On the Belize border we have already been. So we knew that there is no real barrier, that there are a lot of people and you stop your car on the side, go to offices and drive again. So we knew we will be able to drive through the border, without being checked. But only after crossing the last border, with Mexico, we were sure that we will make it: getting on time to get the flight. We called Miguel, the guy who sold us the car 3 months earlier, and asked if he maybe doesn’t want to buy it back. And you know what? He wanted… And he even brought us to the airport afterwards…

And that was long long weeks ago. After coming back home there was no time and no space in my head to write about Central America. But because by skype, during last talks with my papa, I was telling him so much about it, and he was so happy for us and proud about what is going on – we decided, even with a big delay, to share all the stories with you. So here we go… That’s it.

Until the next trip.