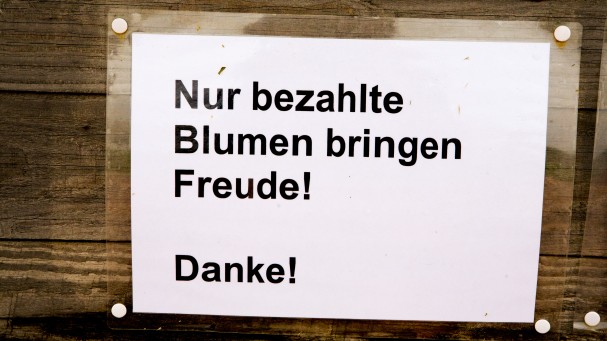 Thanks to my little trip through Germany, which I made recently I had again a chance to confront my „polishness“, or however should I call it. I live in Berlin already since 4 years (ok ok, with not so short breaks for travelling and living in Poland) and until now I was travelling in Germany with my German Tom, with our half-German kids or friends, who also live here. And suddenly, such a 9-day-long trip, in a Polish team! I switched on the „observation“ mode, catching the differences, not similarities (on the positive similarities and creative differences we are trying to focus in our everyday family life, not to kill each other while one is all the time opening the window, and second one is closing;).

So here you have few, very subjective, super private comments.

Communication
Hmmm.. sometimes it’s so close and sometimes it’s so far from Berlin to Warsaw. I’m crossing the Oder river very often and while crossing I always have few things in my mind. Polish people talk much more with each other than Germans: already in the train, on the streets, in the bars. In Germany it is possible to sit with somebody at one table in the restaurant and not exchange a single word.
Polish people will stop you at the stairs, in the bus, not only asking about the time but also about anything they just feel like. And if you are with kids – you can be more than sure about it! And I’m not talking only about nice, friendly comments, no no. Poles know how you should dress up your kids, where should they and should not sit, and they will not hesitate to share this knowledge with you. After all those years I spend in Berlin, still the most shocking talk I had in a Warsaw us was with the woman asking me about the baptising of my kids. When was it, why it wasn’t and when – for the god sake! – it will happen. „So pretty girls, so pretty mama…“, and such a surprise hmmmm.

Relationships in German: much muuuuch more partner style. In every meaning of this word. I have German female friends, who would feel offended by being let first at the doors. Or those ones who will openly show their not shaved legs and arms just to underline that they don’t loose their time on bullshit like this. And the German men, each of them, would change the diapers, sing the lullaby’s and are not ashamed of crying at movies. But also, when the toilet is blocked, they wouldn’t show who is the man at home – who blocked it, has to unblock it. For me, living in Polish-German relationship, all those things are super interesting. And you know what? I know dozens of Polish-German couples and only one of them is a German girl with Polish man. Any good idea why is it like this?

Look at this field full of tulips. This is self-service: you come, you take a sharp knife, hanged there just for this, you cut the flowers of your choice, you put the money to the can. This can be about flowers, fruits or vegetables. Cool? Cool! Simple? Does it make sense? It does! And why is it so difficult to imagine such a picture on Polish roads…? 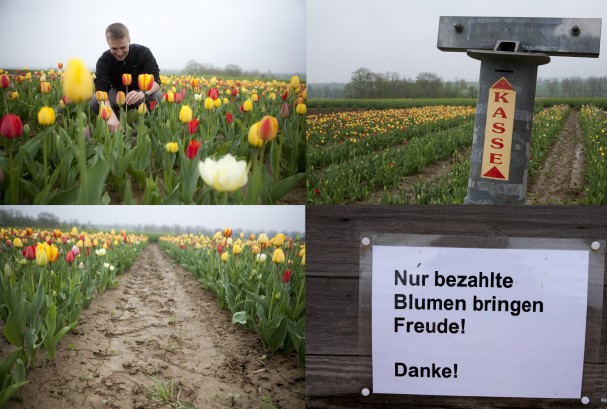 And such a bookcase full of books in the night bubs in Hamburg – I can imagine also in Szczecin, Vilnius or Skopje. Just a very good idea (even if not very good picture – that’s how it is at 5am…), so I want to share it. 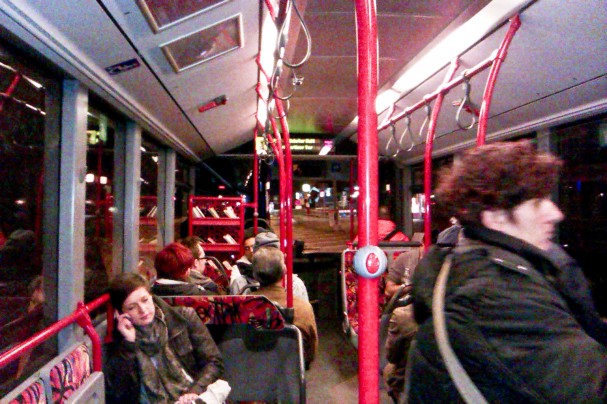 And graffiti? Very important part of the Berlin culture. I can recommend you a very good video about it. But here we go a step forward: knit graffiti. Knitting in the public spaces was not born in German and it’s not very popular here but after reading about it, the first live example I met in my Berlin. Cool, very positive initiative. 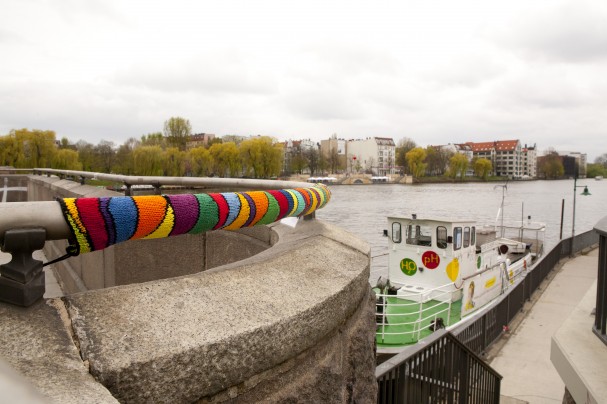 And especially dogs, are for the Germans, important. You can tripped over a dog in almost every cafe, and such a picture – look below – you can see not only in the bar, cinema, but also just on the street. Sweet, not? 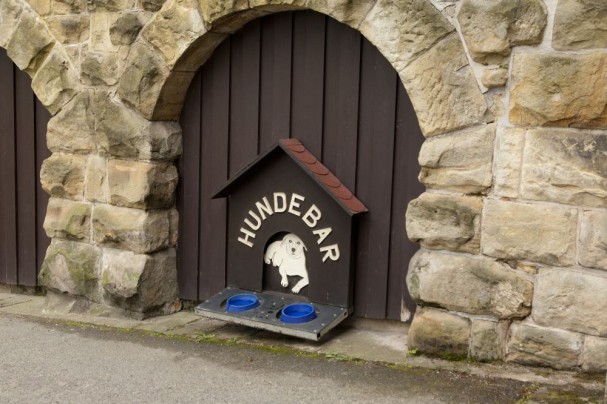 Usually (kill me but it’s true!) coffee tastes much better in German cafes than in Polish ones. But it’s not what I wanted to tell you. You know what is the typical sentence at the end of some random meeting with not-so-good-not-so-bad friends of the street? „So let’s meet for a coffee“. And in the very most cases this means just: bye bye. Those, usually, direct, honest and open Germans, like in this case to… sell you such a bullshit.
I don’t like it. What for they say so? And I really never know if somebody wants to meet me again for real or she/he just said so. I talked about it with many Germans and they couldn’t explain me. – Because it’s not polite to say to somebody that I don’t really feel like meeting with him? – Because, how to? Just: bye, I have to go? – Because just lying to someone that I’m soooo busy during next few weeks?

Hmmm. So on this rainy Tuesday in Berlin, I wish you all many nice meetings for a coffee, which will take place!