Lately I have shared with you our sad pre-term stories. During that hard time I was thinking (much too much, like any other mother in this situation): if maybe I didn’t simply do too much during pregnancy: too much of sports, too much of travels. But all of the doctors say the same: if the pregnancy is not in risk, the girl can do anything. Everything. And everything means travelling, doesn’t it?

Hanna, while being still in my belly, except of Poland and Germany, has visited Lithuania, Latvia, Serbia, Macedonia, Kosovo and Hungary.

Mila, while being still in my belly, except of Poland and Germany, has visited Ukraine, Russia, Georgia, Armenia, Azerbaijan, Turkey, Bulgaria and Serbia.

The first USG of Mila we made in Tbilisi, just after the happy news that I was pregnant. In a nice hospital, with a very friendly, English-speaking doctor. The picture we send by email to my women’s doctor in Berlin and during the whole trip we were in touch with him. The second USG and all the checking – I made in Yerevan, with some help of my papa’s friend. The third picture we have in Turkish, from Ankara. The boyfriend of my friend, where we stayed, is a women’s doctor in the hospital, and he invited us there in the late evening, when he had some free time.

Even if my belly was really small and not visible for the strangers, we have experienced all the pregnancy highlights: peeing few times in one night (while sleeping in the car), snacks caprices (in Azerbaijan I was crying so much and missing the tomato soup of my mum so much, that my papa, when he visited us in Armenia, brought with him a jar of soup and I was warming it up at the camping cooker at night in the bathroom of a luxury hotel, because I couldn’t wait until the morning!), all the mood’s swings (ask Tom;), headaches and feeling sick (this one, at the curvy roads of Nagorny Karabakh I remember the stronger – we had to stop, to.. watch the views, let’s say, every few minutes). Sometimes it was really a bit hard but still, if the pros wouldn’t be bigger than cons – we would just came back.

To be honest, there was only one thing making me tired during my pregnancies on the road (which was an extremely surprising feeling for me): it was the activity of meeting new people! Sometimes, during both pregnancies, I had this need of slowing down and building our nest. The need of laying down on the blanket, just in two, looking at the starts and thinking about the name of our baby. And it didn’t matter in which country and with which temperature, it mattered that we were alone. But for me travelling without meeting people doesn’t make much sense. Such a little paradox.

But with the travelling itself I have never had any problem: with long flights or long drives, with the train or a bus. Maybe I’m not very demanding person, maybe I’m very tolerant or maybe I’m simply lucky with people, but it was always enough to express my needs (that I need some help or a break) – and there was always somebody to help me. To bring me something to drink, to carry my language, to support me with something. The same as during pregnancy, was afterwards: with one or with two kids. I believe that good things always come back, and I have never a problem with helping others.

So I’m usually a bit annoyed to read those sentences that „the pregnancy is not a disease but…“. Because (if there is no real disease) – everything depends on the state of mind. The woman sees herself as a sick one or not. The pregnancy is of course a nice excuse for different things (and we – who were pregnant – know it very well) but please let’s not tell the people around what is so much impossible when you are pregnant. It’s a bit like with this travelling with kids. If those, who do travel with kids, will tell around how crazy hardcore experience it is – then again and again private people and different media will describe the Family Without Borders as super strong, super courageous and super cool. But we are not. Really really. 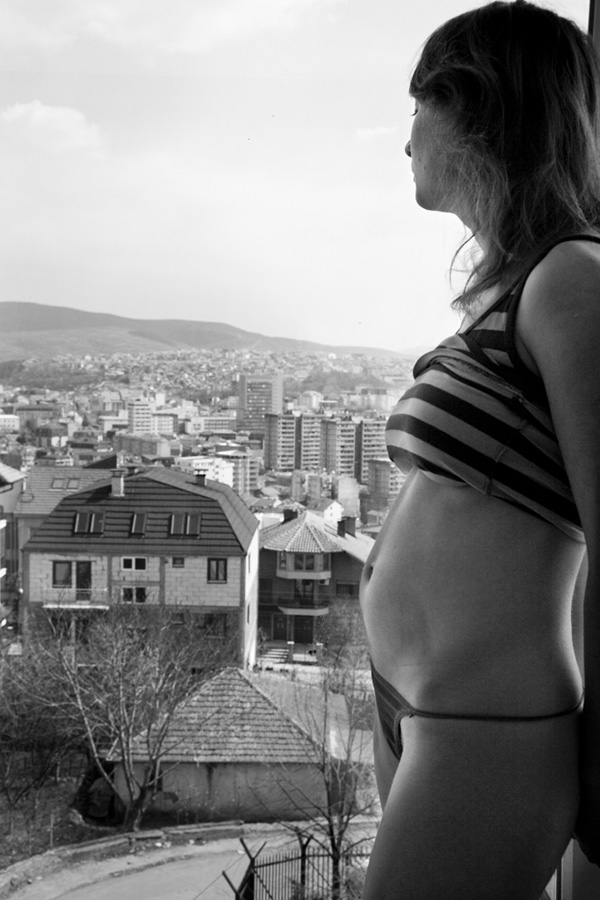