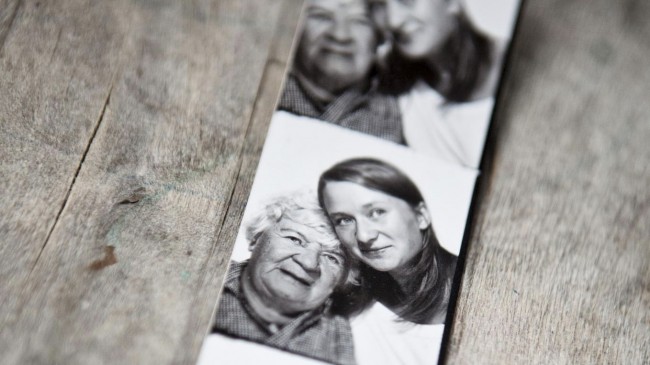 Two generations have always separated us; today, 600km do too. As any grandmother would do, Wiesia came to visit her granddaughter and two trilingual baby great-granddaughters in the German capital for a weekend, to celebrate her 80th birthday.

(just found my old article from last year for cafebabel.com, so I can share it with you!)

She hasn’t had much contact with Germans during her life. When the Germans invaded Poland on 1 September 1939, she had her backpack ready for her first day at school. Then, one day, she met a handsome biker from West Germany. 31 years ago she went on a trip to Berlin by bus from Warsaw, laden with bags of goodies. There was dancing on the Alexanderplatz, dinner at the TV tower and Brandenburg Gate. But she only saw one side of Berlin, literally – the East. And then the Berlin Wall fell. And then Poland joined the EU. And on that day, on 1 May 2004, I – her granddaughter – crossed the border bridge over the Oder River Slubice / Frankurt without showing my passport.

And then Wiesia met my husband, Thomas. The first time I told her I had met a fantastic German, she could not believe it. I talk with Thomas in English, but since he knows Russian very well, he switched rather quickly into Polish for Wiesia’s sake. Since then, he has become a beloved grandson-in-law, and Wiesia a great ambassador of German boys in Poland. And then the Polish-German great-granddaughters were born, in whose honour Wiesia is now visiting Berlin.

The bus arrives at Berlin’s ZOB bus station on time. Grandma is tired after the 600 kilometre trip. We are going home. We live in a ‘WG’ (Wohngemeinschaft) – a shared flat shared by a few people, who are unrelated to each other. It’s not just about spending less, but about living together, cooking together, and sharing life. Apart from us, a Polish-German married couple with two little girls, there is one Pole – Marta, a children’s books illustrator from Singapore, the Greek Oh, and a Turkish couchsurfer who is staying with us. Grandmother, as all grandmothers do, brings gifts for her family. But she quickly buries into her bag and finds a gift for both the Turk and the Greek.

The Turk makes dinner for everyone. We use Asian spices (which Grandmother has never tasted) from a nearby Asian shop. The record player plays the Beatles; this always connects people. The Greek and Grandmother spend a good half an hour in the kitchen; Wiesia talks and talks, not closing her mouth for a moment, before Thomas enters and tells Grandma in broken Polish, ‘Grandma, you know, he does not understand you’. Grandma professes she thinks the Greek still understands; after all, he smiles so nicely. ‘And do you have a girlfriend or fiancee?’ she goes on. Apostolis is gay. But it is not easy to talk about this with any grandmother, regardless of which country they come from. 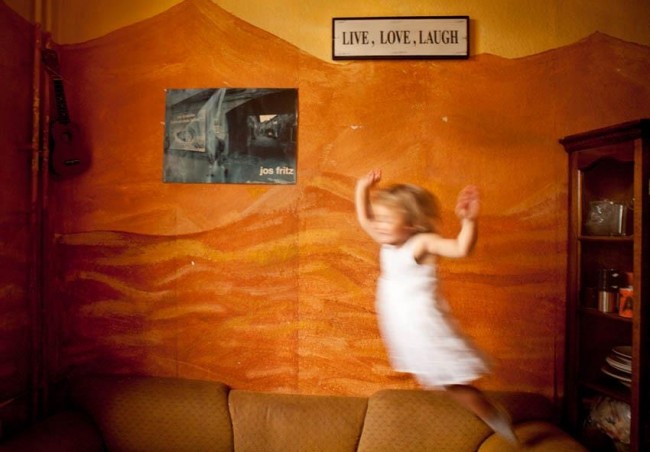 Grandmother talks a lot with Marta about students today. Wiesia worked for at the university of Warsaw for a long time and has met a great thirty or so generations of students. ‘Today, everyone is a student. It’s a real pity that being a student is no longer something to be proud of’. We talk about Pussy Riot a lot, at Grandmother’s initiation. Even though she has never listened to punk rock and honestly respects the institutions of the church, ‘We cannot just leave those poor girls alone’. Wiesia looks around the flat, at the posters and postcards adorning it. What does the sign on the wall mean? ‘Live, love, laugh, Grandma,’ we translate from the English. ‘Wooow, that is just what I was writing on the walls of the ruined, post-war Warsaw,’ she remarks.

Today, Alexanderplatz is much more crowded and there are far less dance clubs than three decades ago. Often you cannot distinguish East Berlin from the West, says Wiesia. Even the ticket for the TV tower is too expensive with her Polish retirement money. To bring Wiesia back to warmer memories from years ago, we visit the Turkish market to bargain a little bit. Maybachufer in Neukölln, a popular district of Berlin, is the place to be on Tuesdays and Fridays. However, I have to be back at home soon to work on a project needing publicity. ‘Listen, my friends told me that there is something like a thing in this internet where when you send one letter you can send information to a whole bigger bunch of people. You know what? I’ll call them and ask them to send this your message too,’ offers Wiesia.

We finish Grandma’s visit with a trip to the playground. Prenzlauer Berg is the most child-friendly district in Europe. My girls have fun, we have the time to talk. Grandma is impressed by the playground: its colours, wooden parts, how each street looks different. ‘You know, I used to have this boyfriend, a German biker, remember I told you,’ she says. ‘That was a really bad timing for that relationship. Just imagine meeting him now, here somewhere, with our great-grand children! Hey, and maybe we could check if he is not on this, your facebook, huh?’