Located at the end of Fiordland National Park, which sits at the south end of the South Island. Long, long way from Auckland. Already the last part of the road, you can drive (from town Te Anau to Milford Sound) is a crazy road: winding, mountains, sometimes closed for half of the year due to the avalanches. Should take you around 2 hours. But how not to stop every few minutes to look around and feel so, so, so small with those peaks, wind and the sun? 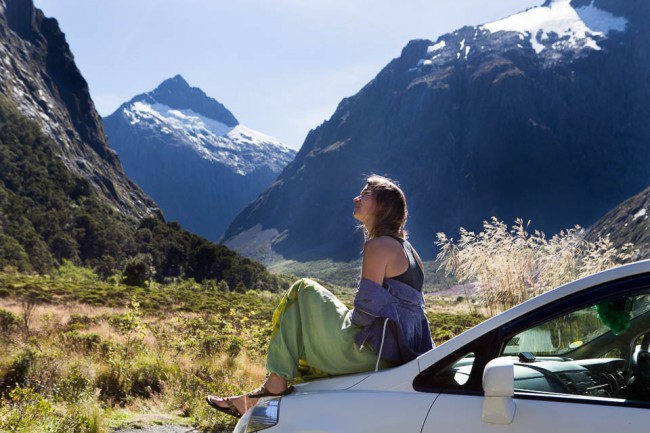 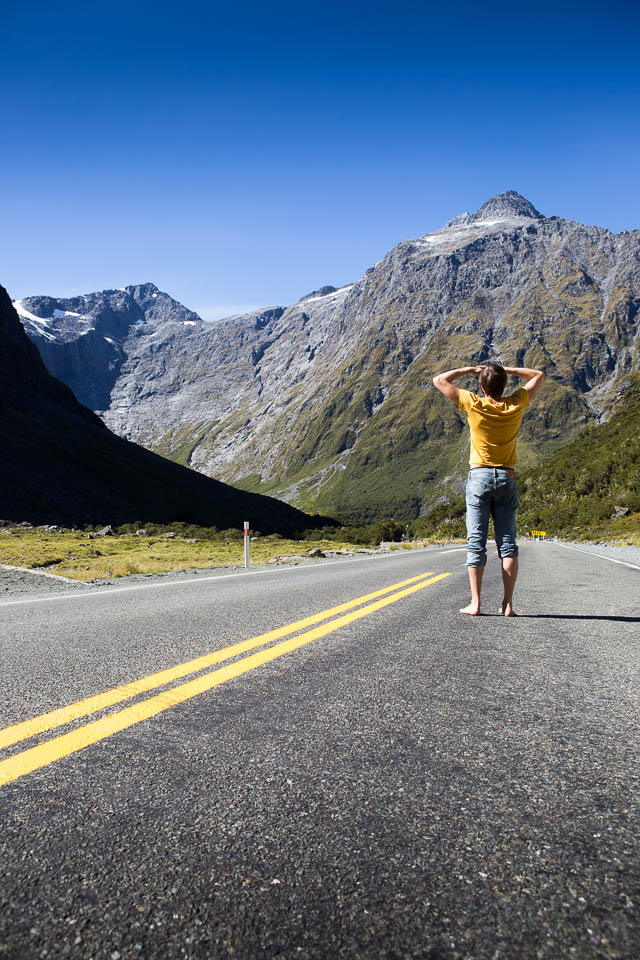 And then you arrive to the biiiiig parking place. No hotels and camping here (huhu, that’s new in New Zealand!), just a restaurant and… a huge station for big boats. Feels like at the airport: go and check in to one of i-dont-know-how-many-companies cruises, get your boaring pass and wait in the line. Milford Sound is the most visited place in New Zealand, even if the trip here (by bus or by plane) takes long and costs a lot. There were years, when even a million people have visited this place! And you know what? It doesn’t matter at all. Once you start the boat tour, once you are on the water, between those crazy fiords – all the other people do not matter.

Milford Sound runs 15 kilometres inland from the Tasman Sea, surrounded by sheer rock cliffs with lush rain forests “avalanching” from the rocks. There is a waterfall after waterfall (it’s the wettest inhabited place in NZ and one of the wettest in the whole world), the seals looking with their lazy look from the stones (Mila said: – You know what, Mummy? I would like sometimes to be such a seal! Just laying on the stone in the sun… ;) and the dolphins jumping out of the water here and there. This time we didn’t spot any penguins and whales, but we were anyways overwhelmed with the views. 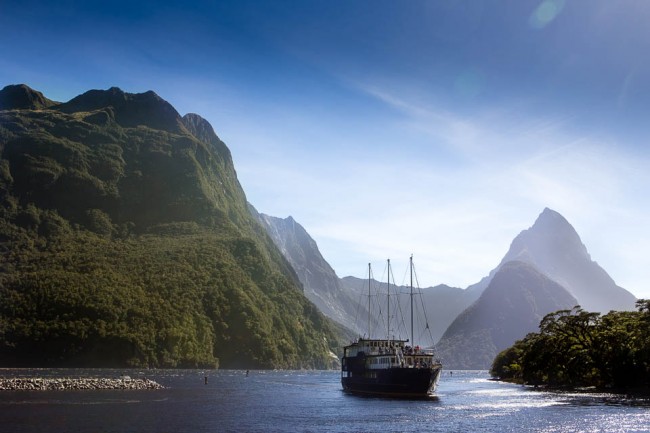 And then you are literally in the waterfall. In the Lady Bowen Falls or in the Stirling Falls (those two are the permanent ones) or in one of another dozens or hundreds (when it rains). It can be up to 160 metres water shower, and then a strong sun (like in NZ!), and the rainbow, and again the rain, and again the sun. Ahhhh! 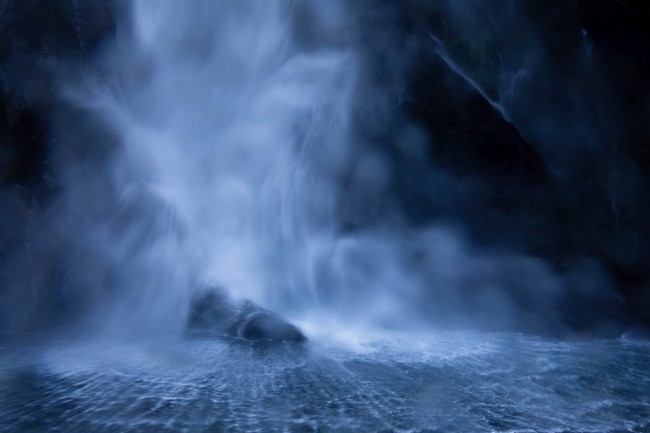 For the under-water fans, there is even more fun. Those fiords there are very special, because of the black coral. It can be usually found only in much deeper waters (oceans) but here, a surface layer of fresh water, stained by tannins from the surrounding forest, allows the corals to grow close to the surface. You can watch it while diving or in the underwater tourist observatory. 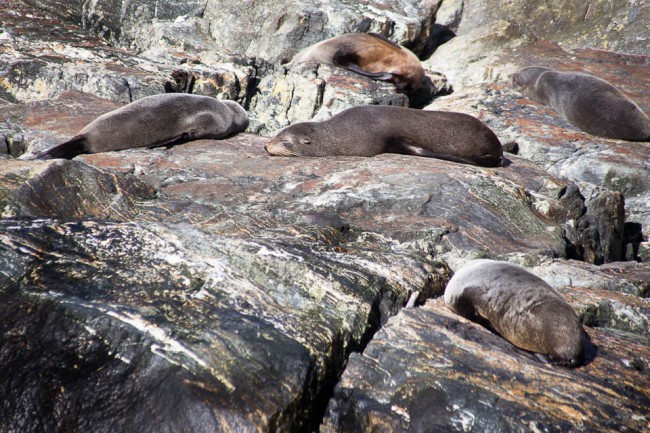 What to say: a stunning place. And the people say that a Doubtful Sound (another sound, a bit more to the south-west, muuuuch bigger and less crowded) should be even more amazing. It’s hard to believe, but whoever has a chance – should go there and let me know afterwards!

And you know what? In places like this, I feel that our girls are a bit spoilt with all they have already seen in their travellers’ lives. While we were simply staring on the fiords, couldn’t say a word and just feeling and feeling and feeling, they… were drawing on some pieces of papers, getting annoyed that their colourful pencils fell down from time to time. – Girls!!! Do you know that there are kids, who have never seen such a big, beautiful mountains? Or seals? Or a waterfall?? – I asked them. – Hmmm. Then they should ask their parents to buy a ticket, instead of a toys for birthday – said Hanna. – No? – and she went back to her drawings. 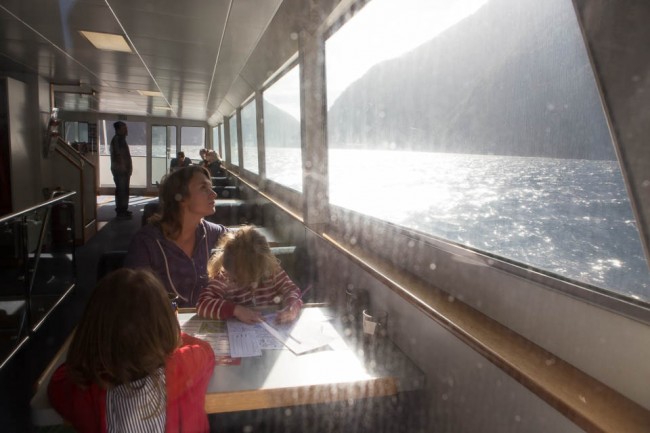