Why? Because the ferry boat (Big Sista!) was broken. Every day we were coming back to the port to see and ask: maybe tomorrow, maybe the day after? And during one of such a days, we met Rachel, on the street.

She stopped us and started to play with our girls. – I have a daughter this age and I miss her a lot – she explained. The little girl lives with grandparents, while Rachel works in some big hotel in Port Vila. – And what are your plan, guys, for the next weeks? – When only Big Sista will start working, we want to go to Malekula island! [it always works like this: I read a bit where should be the crowd of people, look on the map and put my finger on something totally opposite and sometimes without any explanation, and there we go; the same was with choosing Malekula island]. – Really?? – she couldn’t believe. – I am from Malekula. Ok, from a tiny island just next to Malekula. And my little girl is there. You have to visit them!

And you, dear readers, already know what does it mean. We WILL visit them. 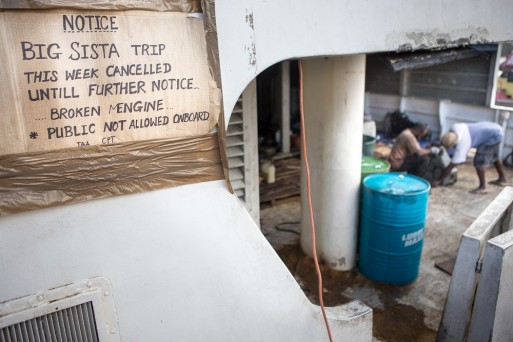 The “Big Sita” was broken for 2 weeks 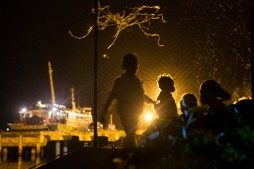 Waiting for the ferry on the warf at night 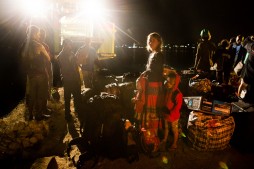 The ferry is arriving

But first we have to get on this ferry boat. We were waiting on one evening, already with a ticket – the boat didn’t come. On the second one – it did come, but with maybe 3 hours delay. We really have cool kids, even when they are tired and sleepy.

The boat is big and clean (what a difference after ferry boats in Tonga!), there is a lot of space, coffee, food and most of the people are watching movies on the big screen. We went to the very front, build our camp and slept very well all night long.

A lof of people travelling by this ferry, was coming back home after many years. Taking a boat is not an every-day-thing, people don’t do it often. So when were were getting closer to Malekula, all the people were just standing in the windows and looking for their families. Quite a touching moment! 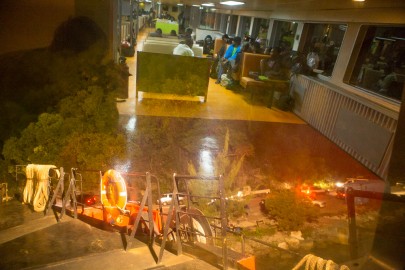 On the ferry leaving Port Villa

People on the ferry. 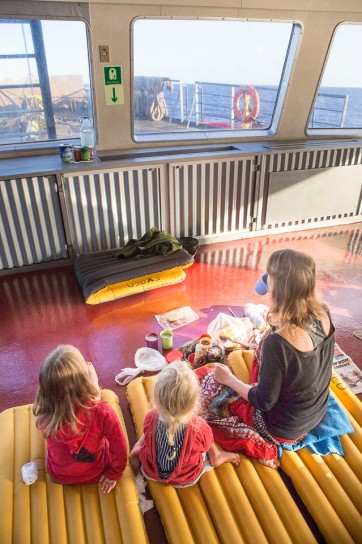 Breakfast on the ferry 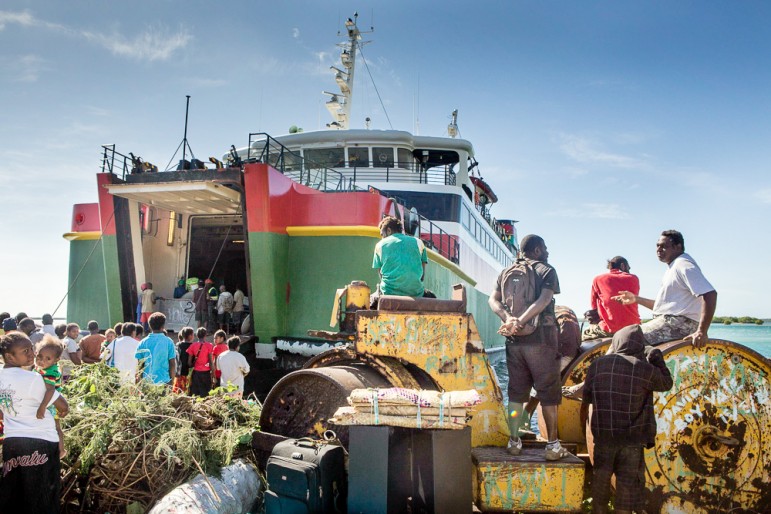 And when we arrived, we ended up immediately on the main little square of Lakatoro, the biggest village of Malekula. Few guys were standing and having fun doing the music. Hanna asked me to put my backpack down, she took out our ukulele and simply join the group. For next week, people were talking about it in Lakatoro, and asking us (when they met us): is it this girl, playing ukulele with our guys?

Nice beginning! So then it was the time to look for Rachel’s family. We wrote down her name, her father’s name and the name of the island. To be continued…. ;) 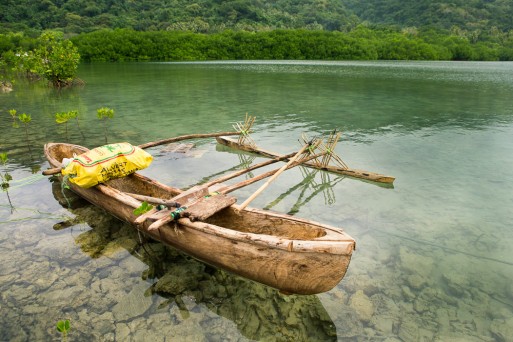 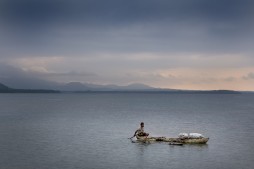 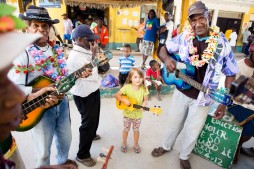 Hanna playing with the boys band on the street 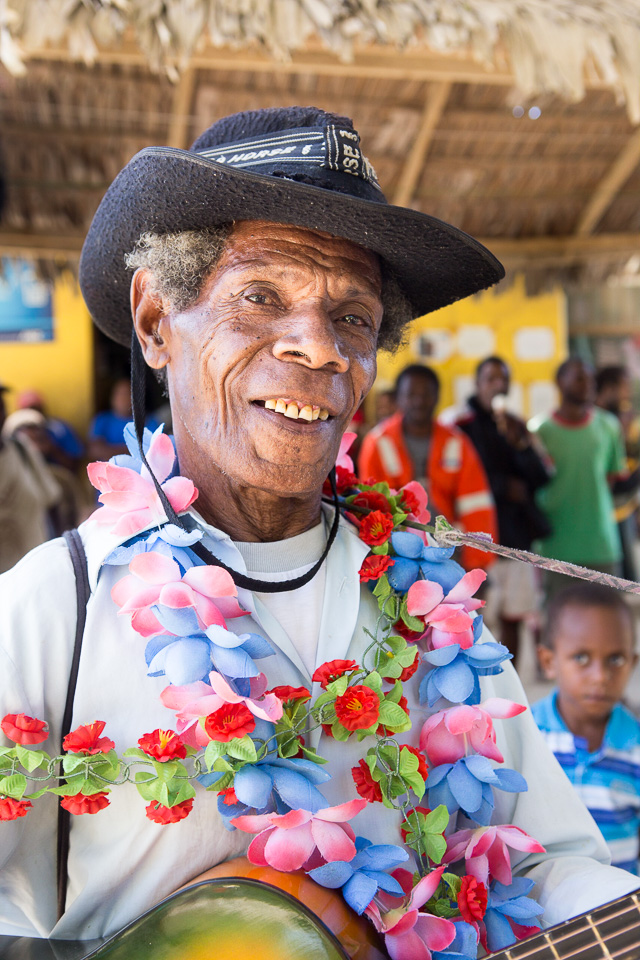 One of the boys from the band