Live like the local, right? This little Atchin island, which was our home for a week or so, is divided between 3 churches. The house and the family we were staying at, belongs to Seventh-day Adventist Church (shortly SDA mission!), so we spend the most of our time in the SDA church, SDA school and SDA… kindergarten.

Lorie, Marie and Nancy are three, super-active and friendly kindi-ladies, taking care about 40 kids from this 1/3 of the island. They have a trust of all the community, blessing of the priest and friendship of the main teacher of the school. Educational system in SDA works very well. 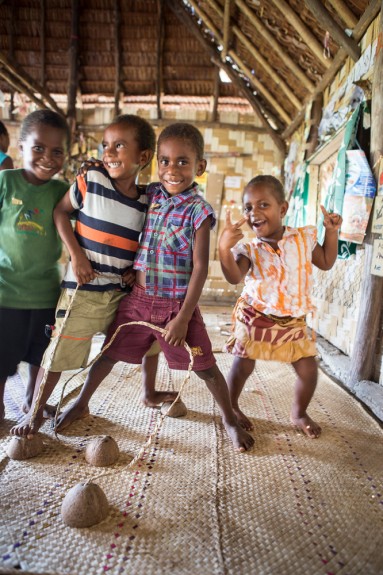 Kids with their coconut toys in the “Kindi” 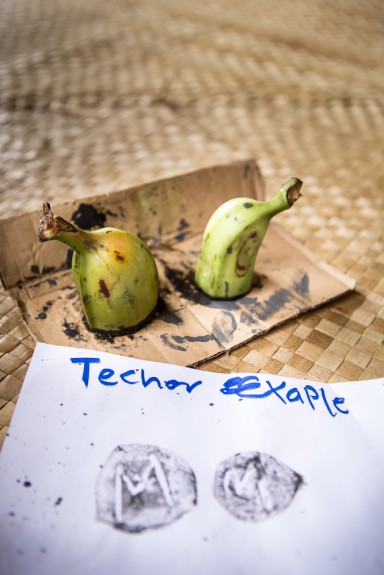 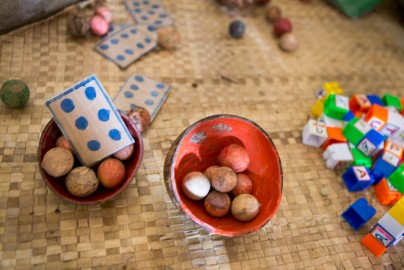 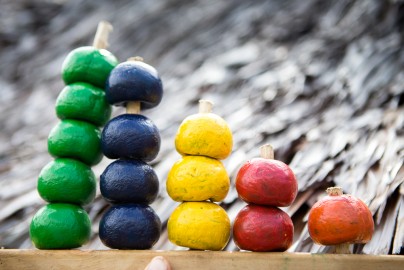 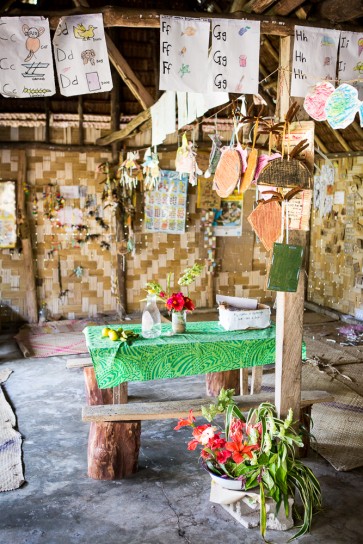 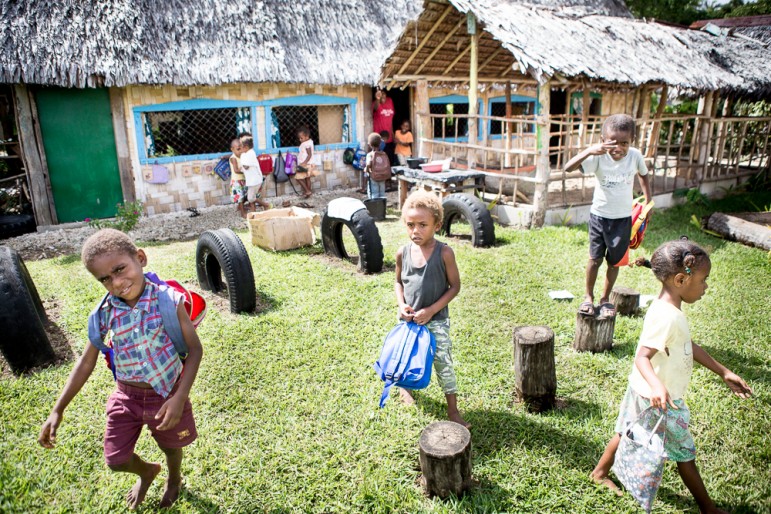 The Kindergarten on Atchin Island

We loved the – maybe not modern but very creative, eco and bio ;) – local toys: doing the stamps with bananas, walking on coconut nuts with little ropes, counting with different nuts. Lorie, Marie and Nancy spend a lot of time in the evenings to think about new ways of teaching the kids. – The worst part is the abstract topics: how to explain how the car works or what is electricity, if the kids have never seen anything like this? – Lorie asks. – Or geography! For them, what do exist is our Atchin island and the next big Malekula island, which they visit for some family funerals. Nobody of them was anywhere else in the world.

The teachers also have never been to the capital of Vanuatu. They have never taken a warm shower, never send any email and never seen a white kid before.

But foreign languages is a known concept for them. Vanuatu is the most diverse country in the world, if we talk about languages. There are 3 official languages here: English, French (Vanuatu was a British-French colony, so there are parts speaking one and parts speaking another) and Bislama (a creole language, 95% easy English with local variations). And…113 indigenous languages are still actively spoken in Vanuatu (on 20 islands!!).

Speaking with Atchin people in Bislama was a challenge, but in the kindergarten it was a pleasure. Kids’ songs, sloooowly and caaaalmly explaining everything – was a big lesson also for us (check the picture to see if you understand the signs!;). 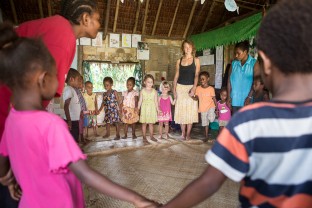 Girl in the Kindi with her bag 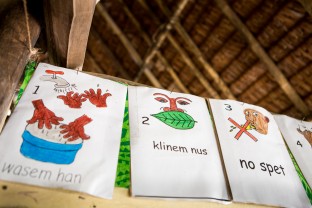 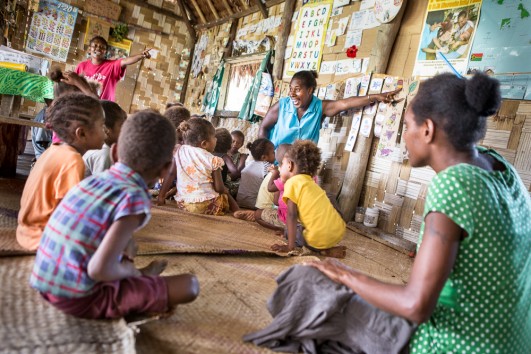 Learning letters and the Bislama language 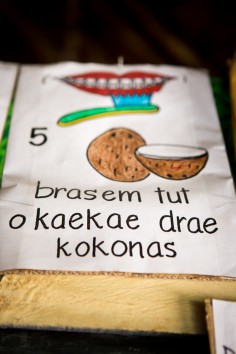 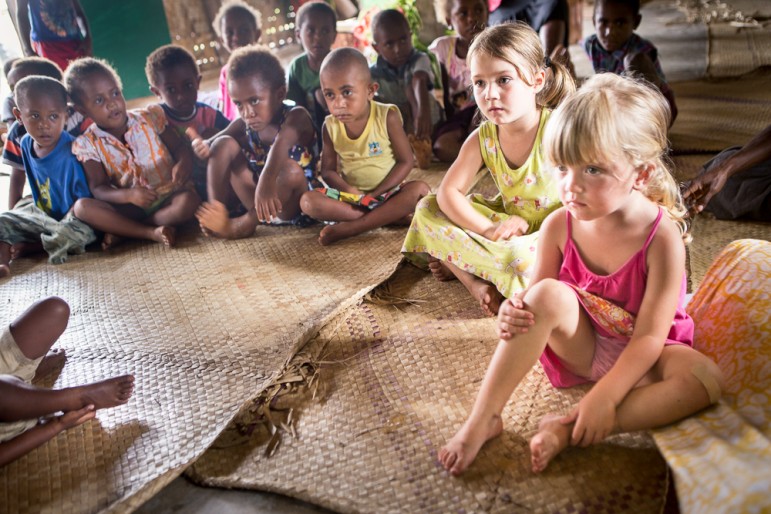 Listening to the teacher

Great inspiration we had there. And also a lot to think of afterwards! – How do you go to work? – kids were asking. – On the bike or by metro. – What is metro? – Such a train in the city. – What is a train? … Without electricity on this island, those people have never seen TV. And without TV they have no chance to see a train, or a bath tube, or… kids with blond hair. Have you ever thought how crazy difficult is it to describe what internet is?

And at the end, a little riddle: what did Nancy write down on this piece of paper? :))