There are a bit more than a 1,000 people living in this Levuka town nowadays and for few days we met maybe 5 white faces. Can you imagine that in 1870s there were 52 hotels full of Europeans?

To get to Levuka, on the Ovalau island east of the main island of Fiji, you have to start your trip on the lovely, lively market in Suva (the capital of Fiji). Once a day, there is a big, comfy bus driving for few hours along the coast, then waiting for another hour in the harbour, then standing on the ferry for another 45 minutes and then again driving for an hour or so. We decided about this trip on some sunny morning in Suva and we were lucky enough still to get the bus. Trip was long but easy: you know you have to stuck to the bus and you will e safe. During the trip: a lot of time to talk to people in the bus and on the ferry. Contacts – nothing more valuable on our trip. 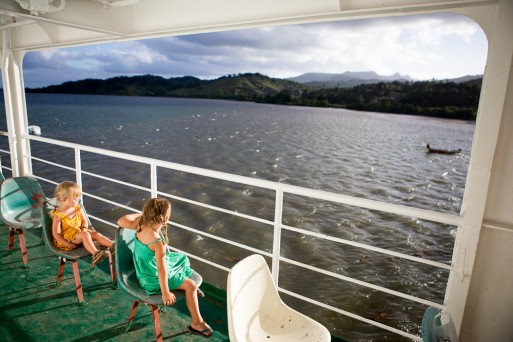 Hanna an Mila on the ferry to Ovalau Island 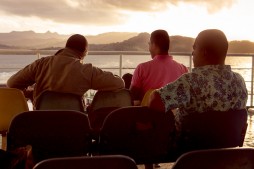 On the ferry to Levuka on Ovalau Island 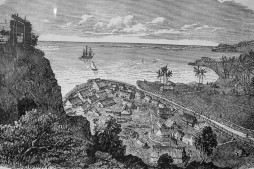 Levuka in 1850 – before the British settlers came 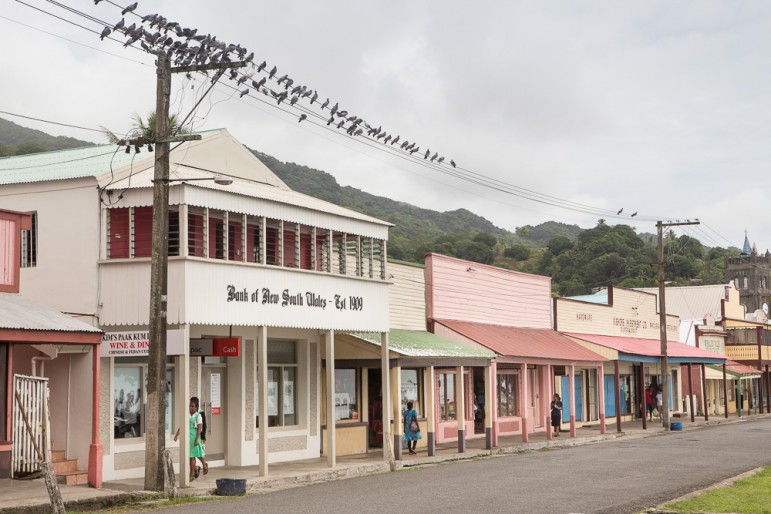 The main street of Levuka

We heard from somebody during last weeks that this Levuka is worth visiting. But we had no idea what a story stands behind it! Everything started in 1822, when David Whippy, young American, son of the see captain, ended up in this village. Very fast traders, missionaries, shipwrights, speculators, and vagabonds found the place nice and comfy. Levuka already in 1840s became an important port and trading post, and a principal European settlement on the Pacific Ocean. (although I read in some diaries that „not all the Europeans were of high character“) First 30 people, made together with wives a slaves 200 and in 1860s already 600 Europeans lived there! Everything was „the first“ here: the first church, the first store, the first bank, post office, school, private members club, hospital, town hall… And the newspaper! In 1869 „Fiji Times“ started to be published daily and the newspaper claims to be “The First Newspaper Published In The World Every Day”. Not sure if it’s true, doesn’t matter, it’s still exciting to have it in your hands!

After Fiji was annexed as a British colony in 1874, Levuka remained the capital until 1877, when the administration was moved to Suva (in practise only in 1882). There are high cliffs surrounding Levuka and the colonial government was afraid not to have enough space or expansion. My god, just imagine 52 hotels on this little road! Today there is a bakery, little internet cafe, few shops and all the „the first one“ signs. Nothing from the old fame. Hmmmm… almost nothing. You just walk and feel the past. And again (Fiji!!) everybody is so nice and smiling. – What problems do you have here? – you ask the police men. – Bula!!!!! (hello) Problems? Oh, sometimes somebody collects kava (kind of drug) form a neighbour field instead of his. That’s it – they answer. 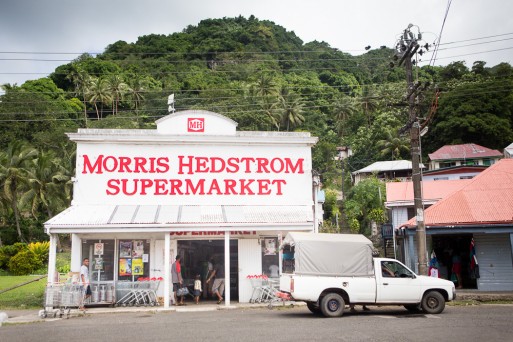 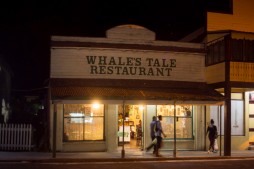 The oldest restaurant – the Whales Tale 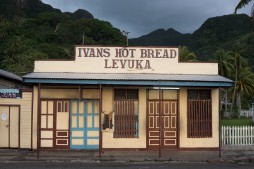 The bakery of Levuka 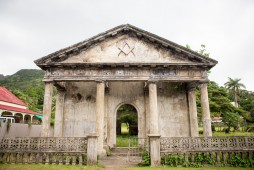 The Masonic Lodge burned down in the 2000 riots 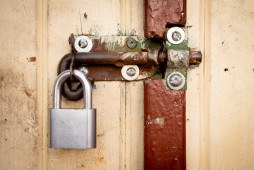 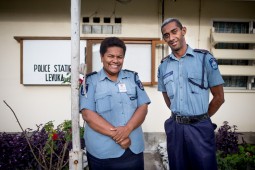 Not much crime, but friendly police forces 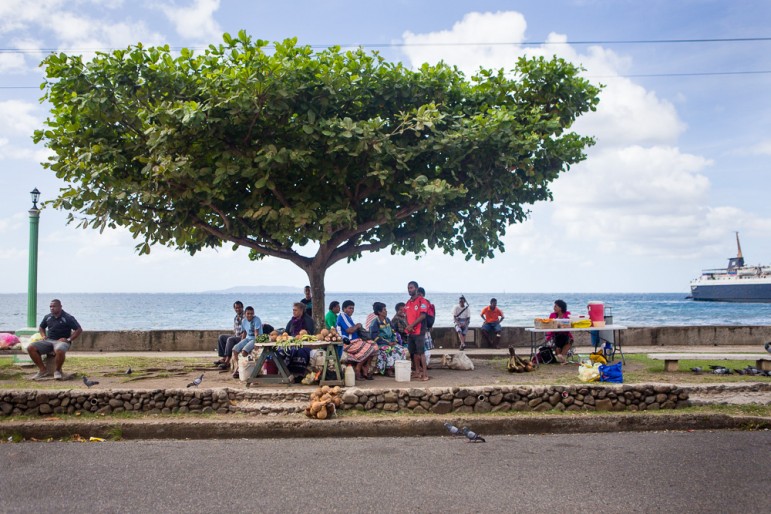 Market under the tree in Levuka

To see more we decided to go up the hill: there is 199 steps on the Niukaubi hill, a lovely spot above the town. Singing songs with local girls, watching rugby match with local boys (rugby is THE thing here). One immediately feel „included“. 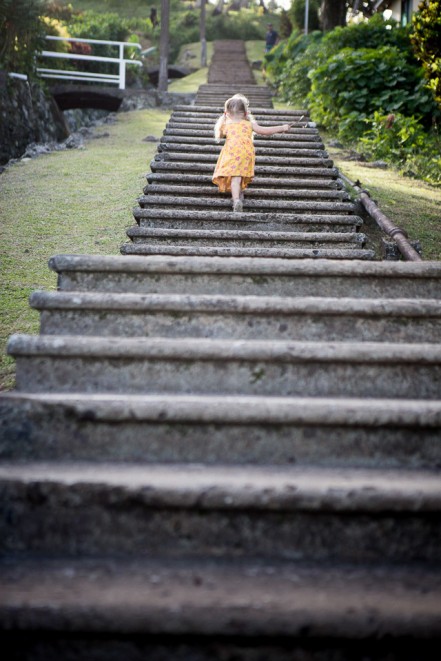 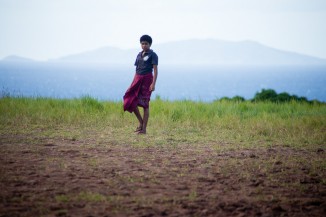 Woman on the hill 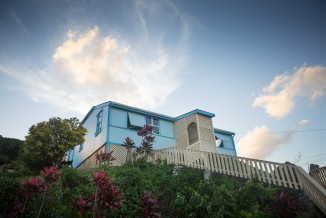 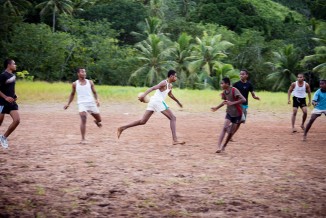 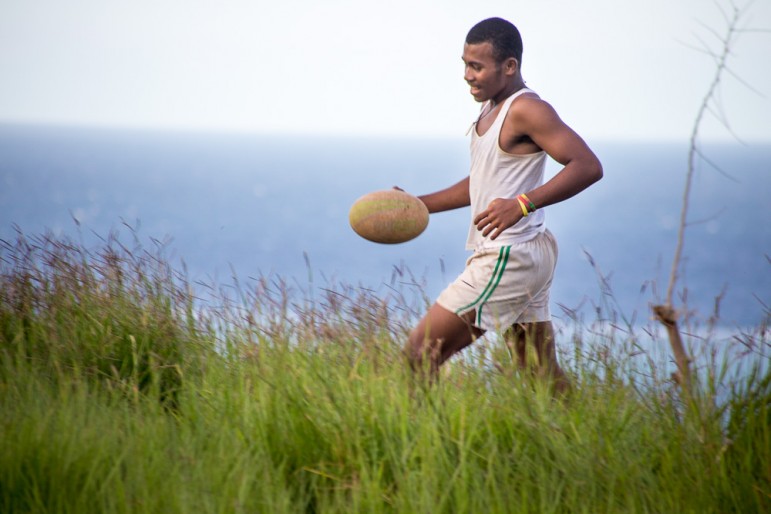 The sweet surprise was a library: we came in, while just checking everything else in the town, and we got lost for few days. Who would ever think that our girls can spend few hours on their own or with local kids (I mean: without us) – just watching book after book and listening to some fairy tails? I see, our few small book, which we have in our backpacks, don’t fulfil the needs! ;) Thanks to it also we had a lot of time for reading. About the Ku Klux Klan in Fiji in 1870s and all the „blackbirding“ (kidnapping Pacific islanders and forcing them into plantation labour), about the PAFCO (Pacific Fishing Company), founded by Japanese in Levuka, freezing and shipping canned tuna to Europe and Canada and employing most of the island, about all the women and all the little projects of the island. So so so nice to read so much! 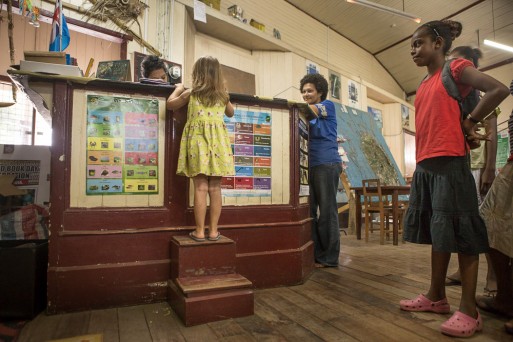 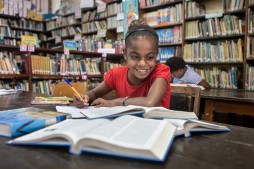 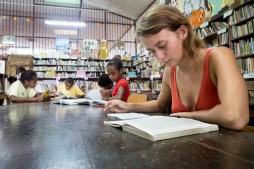 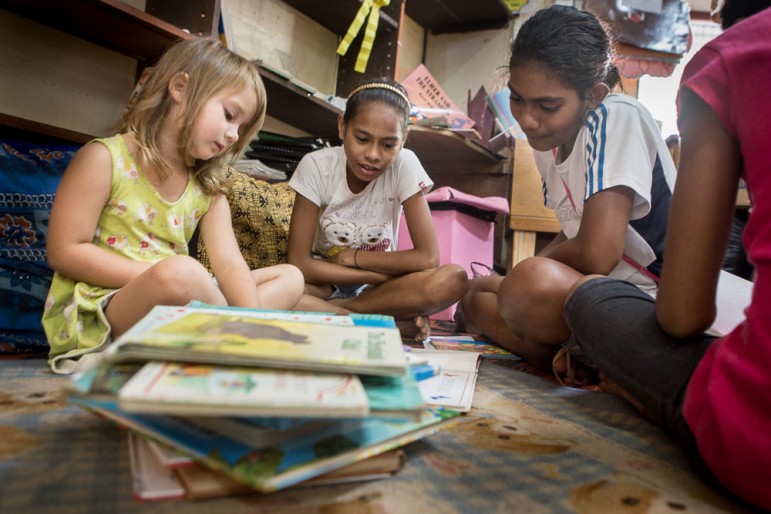 Levuka is also full of churches: the first X church, the first Y church, the first of church Z… The way to people in Fiji is the way through churches, so sometimes we were even of 3 different masses a day. Just to see! Just to give the peace sign and to see the differences. Oh God (GOD!!), how much money those churches are making…. 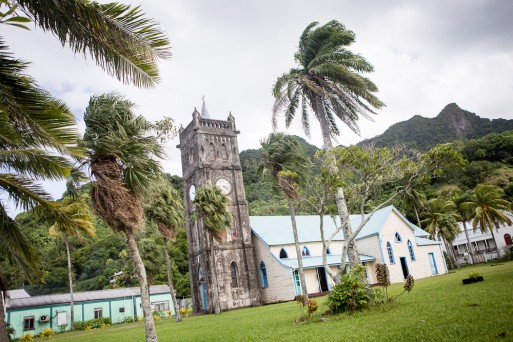 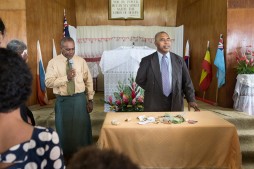 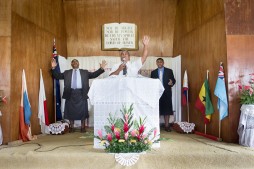 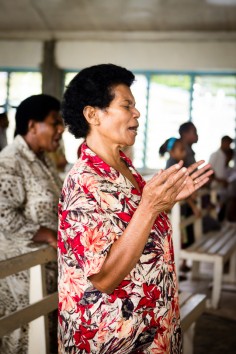 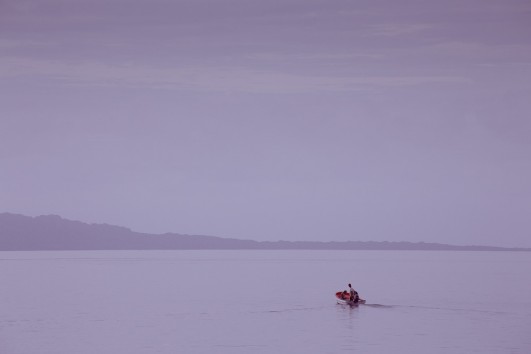 A calm day on the Pacific Ocean

We really felt in love with Levuka a bit. So small, so calm in the way, but from those stones you can read so much. We are still wondering if Levuka has a potential to be as exciting in the future as it has been in the past? And also how could such a power (colonial power) come out of this tiny place and stay for so long in the whole region? Once you are in Fiji, leave a beach and snorkeling for a while and visit Levuka!