Just imagine: it’s deep XVII century and you are travelling on the ship for years to find new lands and draw new maps! And only after 125 years the next European person will be there! That was a story of Abel Janszoon Tasman – Dutch seafarer and explorer, who in 1642 saw New Zeleand (and thought it was Argentina…). 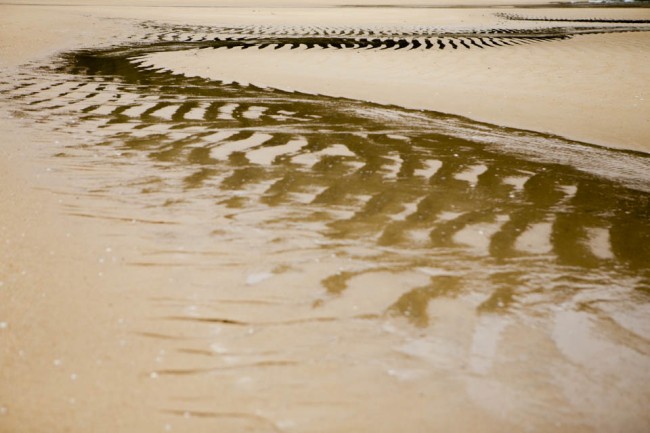 Funny thing is that he saw NZ but without ever setting his foot ashore. He stopped some kilometres away, sent his boats but those were attacked by Maori. They drew some maps, but also not very correct (due to bad weather they missed the Cook Strait – between North and South Island and assumed that NZ is one piece land).

But after next 300 years, in 1942 the place, he discovered, a strong British woman: ornithologist and author Perrine Moncrieff set up there Abel Tasman National Park (and there are many places named by him, even if he didn’t touch the ground!). Very popular destination for weekend or holiday trip for all the travellers in NZ. It’s located on the north of the South Island, so it’s easy to reach for anybody going north or south. Beautiful forests with many little bays, beaches and islands to discover. There is this Coast Track for 54 kilometres, which people like to do. We wouldn’t walk with girls for few days non-stop, but you can always get to different bays by boat, do your distance and come back with another boat in the evening, and this is what we have done. I guess this kayaking (which a lot of people is doing there) can be also fun but nobody wants to rent you a kayak if you are with little girls. 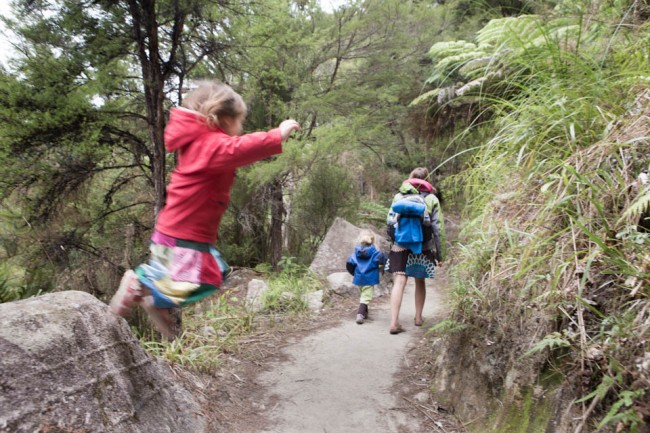 The weather was not crazy, and our girls were not in the best mood for walking but we had to get to the place, where boat would come. The storm was coming and we really had to hurry. So we had to build a train from us, sang thousand of songs and count seals. Next time, with a better weather, we take the tent and stay longer!