Long long time ago layers of small marine creatures and sand became buried and compressed on the floor of the ocean. Hard limestone, softer limestone, hard limestone, softer limestone… And then the earthquake came and lifted the ocean floor high and dry. Then it was the time for another artists: the rain and the wind. What is the outcome? Amazing cliffs with hundreds of horizontal slices along their vertical faces. Many many rocky pancakes, one on another one. 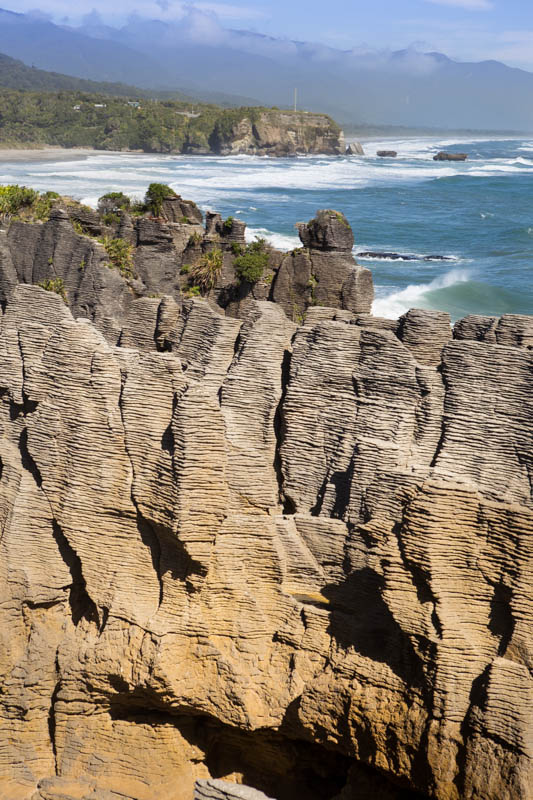 In many on them there are still corridors at the bottom, made by the ocean nowadays. During the tide, the big waves rolling off the Tasman Sea jump around thought those corridors, forcing large amounts of water and compressed air to race upward through the vertical shafts. Rhythmical pufffff pufffff puffff makes an impression! 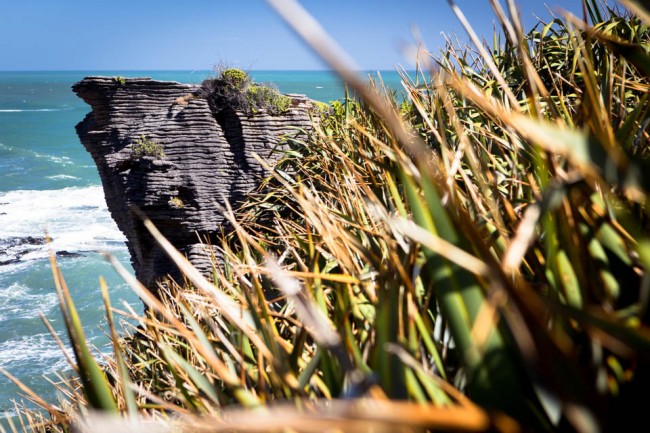 Pancake Rocks lie on the edge of the Paparoa National Park, in the Punakaiki community. And even if the place is easy to reach (expect the factory of chocolate, the only place where girls were just walking and running without too many games to make them not stop too often) and crowded (maybe just like every nature attraction in New Zealand…) – if you look on the rocks, without listening to all German tourists around, it’s a really cool place. And if you close your eyes and listen to those waves… Or if you are hungry and you start to think about pancakes… ;) Luckily the cafe around thought about it and we ate our pancakes. Almost like at home. Almost. 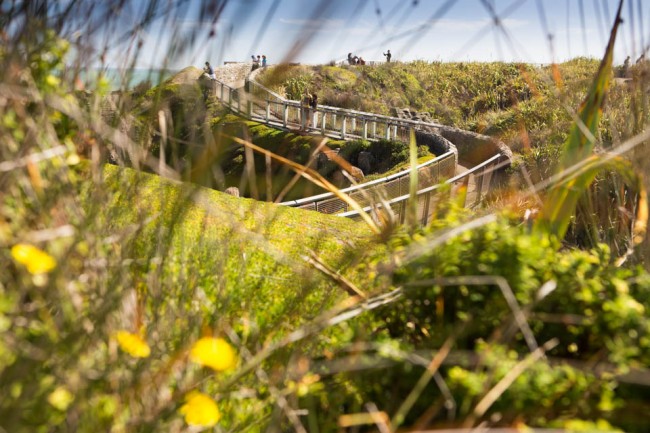 And then, when we were walking and Hanna saw some vertical contraction made by something like turf pavers, she was calling me: – Mummy, Mummy, and those are the Waffles Rocks??