Unforgetable: On the ferry from Tongatapu to Vava'u (Tonga) | The Family Without Borders
South PacificTonga
July 15, 2014
Likes

After watching those pictures you might say: too crowded, too many people, too dirty. And you might be right. But those 24 hours on the ferry from south to north of Tonga was our best experience in this country.

A flight between Nuku’alofa (the capital of Tonga on the south) and Neiafu town (north, Vava’u islands) takes 45 minutes. A ferry: 24 hours. The choice was easy! (yes yes, we are looking for adventures)

The worst in travelling by ferries on Pacific – is waiting for them. You never know if the ferry will go this week, you should go on asking, calling, visiting the harbour. And once you are there, because the ferry *should* start in the evening, you will still spend one-two-three hours almost getting in. If you are not in a hurry and if your kids are non deadly tired – it’s ok.

Once you are in – you need a good place. Since you will spend a whole day there: eat, sleep and live, it should be under the roof, in an even place, with enough space for some mattress. So we tried to be the first ones on the boat and took a nice place. In just few minutes all the space was taken and people were just looking at each other with the curiosity in eyes: so who will be my closest neighbour for next 24 hours? 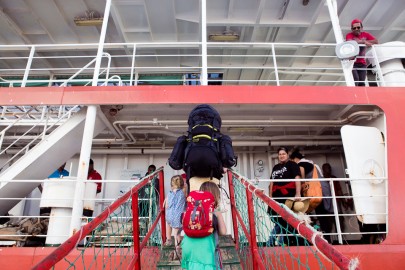 Going on board to the ferry in Tongatapu 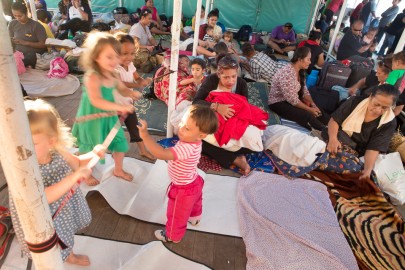 Our kids very fastly found friends to play with on board 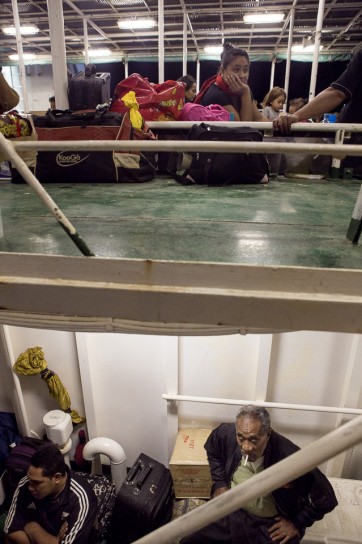 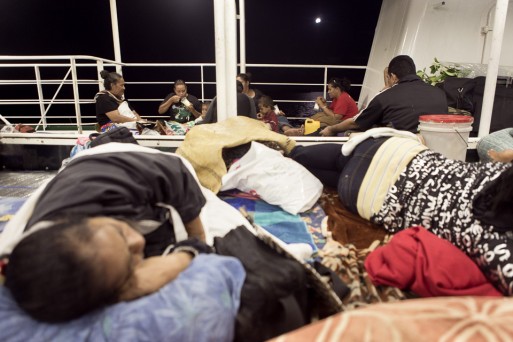 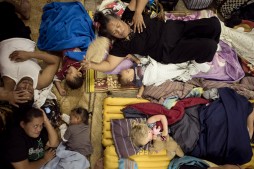 Sleeping between all the locals 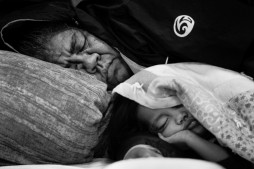 Mother sleeping with her daugter

Even without having much toys with us, our kids had the most from all the kids on the ferry. Some little books, some ropes and… simplz the attention of parents. Very fast our corner became a ferry kindergarten. Playing, smiling, preparing simple sandwiches for everybody around (just imagine that some of the kids had just peanuts for the whole way!)… Watching, observing each other, a lot of talks during day and night. It’s amazing to be forced to be in such a situation, where you cannot hide, where you have to interact.

It was crowded. Everybody had just a little space, very often touch each other by accident at night. Especially when the waves became bigger in the middle of the ocean. A lot of people didn’t fit under the roof, and were sleeping in different positions just next to the ship’s side. And in the middle of the night it started to rain. In just one second, all the people inside move even closer together to make space for the wet ones. All the people moved! Without a word, without complaining or pretending it doesn’t apply to them! I’m really not sure if something like this would happen in Poland or Germany… Would it?

There were 4 more white people on the whole ferry. 2 of them booked a cabin, 2 of them were sitting in the corner, not talking with anybody. There were 4 laptops on the whole deck. And nobody was reading any book. In the middle – mainly women with kids. Outside – men smoking one cigarette after another. In the very deep night it became a bit calmer. Tom spend a lot of time with Tupou, the navigator of the boat, listening to many sea stories. I was looking at the tired faces, trying to guess their stories and asking the right questions. 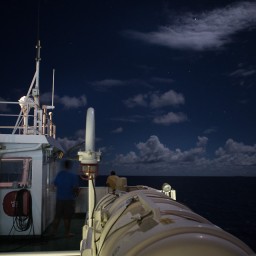 The crew looking on the sea 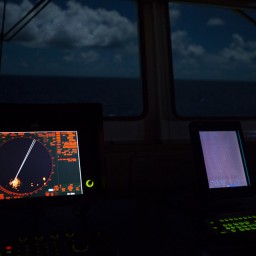 At night at the capitain’s 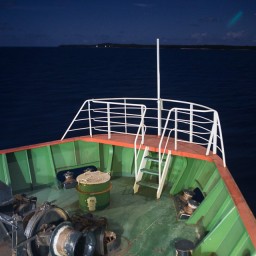 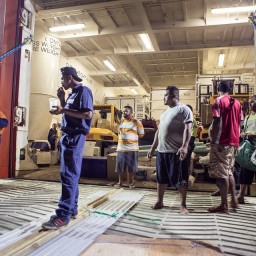 The crew at night handling deliveries 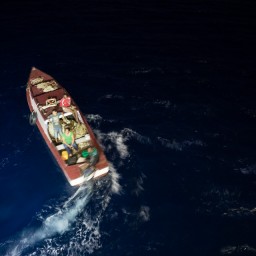 Little boats getting deliveries on the open sea 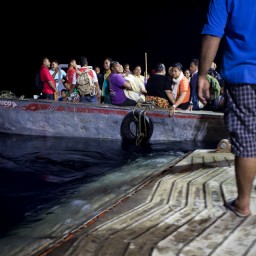 People leaving to the island at night.

We made beautiful contacts on this boat. We have visited people afterwards, to see their life outside of the mat on the ferry.

„You are the nicest white people I have ever seen“ – one older woman whispered to my ear, when we were leaving the boat. I haven’t noticed her before. She must have been between those hundreds of faces watching us for the last 24 hours. Is there anything nicer we could have heard? 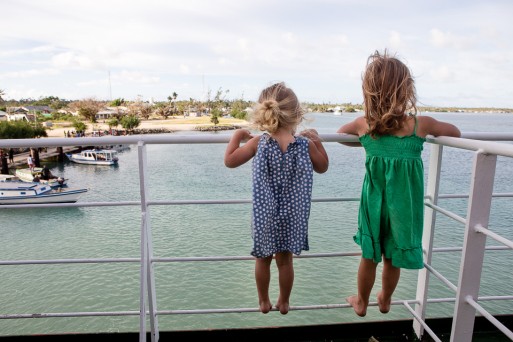 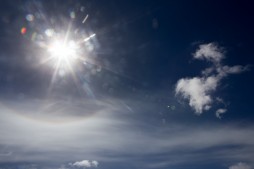 Sun over the sea. 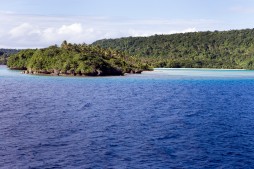 Fist islands of the Vava’u group in sight 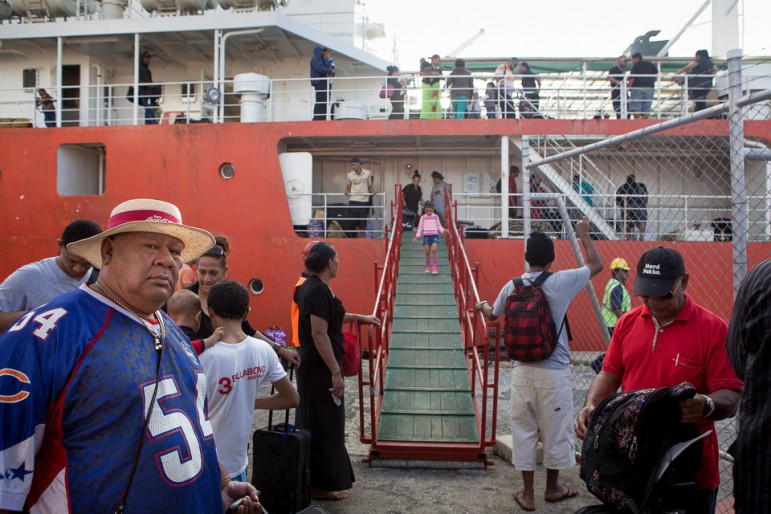