Month: November 2014 | The Family Without Borders

Was that very stupid?

Vanuatu, little island Atchin. Few people there have solar panels, and those panels make it possible to load… a mobile phone. This is the only connection with other parts of the country or the world. People, who have never seen a TV – have never seen more than what is surrounding them: little islands, bush, Read More 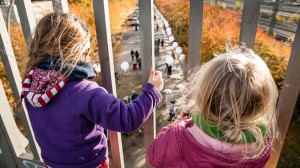 It’s a beautiful and very important day to be in Berlin. Exactly 25 years ago the Wall fell and today 8,000 light balloons are showing the people the way how the Wall was crossing Berlin: from Bornholmer Str, to Mauerpark, Reichstag, Brandenburg Gate and Checkpoint Charlie.

Video: Sailing on the Pacific

Just that you get a tiny feeling how it can be on the boat on the Pacific – I had no idea before how catamaran looks like, how are the little bedrooms downstairs, how is it to see the water and water and water. Tadadada: the video! 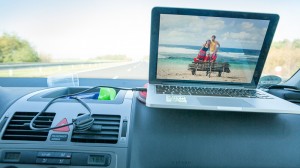 On the road with pics!

A lot of things are happening on our blog in last week in Polish. It’s because we are on Polish roads, having meetings in Polish with Poles, with our pictures, about our Pacific trip. It’s almost as intense as meetings in Tonga ;)