Secrets of white stork in… Portugal | The Family Without Borders
NewsPortugalTravel
July 27, 2015
Likes

A white stork. I look at it and I immediately feel like a summer holidays. In Poland. On a village. Since my childhood. But wait: it’s not a remote village at the border with Belarus, we are in Portugal and the storks are sitting not on the roof of an old stable but on the steep rocky cliffs and there is an ocean in the background!

Yes, theoretically we know: birds have wings, they don’t know the borders and live in many countries. But I remember it very well, when long years ago I was sitting on the beach in Tunis, I saw flying storks and heard a comment from a local guy: – Oh! And those are our white storks. – Yours?!? – I was almost angry. – No no, they are Polish, they live in Poland and probably are here just, you know, on the way. – And then he took me to the field, with hundreds of storks. I couldn’t believe: in Africa they also call the storks „ours“!

That was many years ago and since that time I knew that the population of white storks can be met at Iberian Peninsula, between France and Eastern Europe, up to Finland, at Balkans, Caucasus, southwestern Asia, Middle East and north Africa. And that they spend their winters in Africa and Indie. I also made the research, which calmed down my Polish heart: it’s estimated that even up to 25% of all the white storks is really concentrated in Poland. Ufff, so the vision with the old roof of an old stable won!

But wait wait wait. Not long ago we have visited Portugal. And while long walks through Alentejo and Vicentine Coast Natural Park I had to face this topic again. What we have seen were almost 50-metre-high coastal rocks with hundreds of nests on them! Those are the conditions of Portuguese white storks! It’s the only population of white storks in the world that nest in the cliffs. And – another surprise! – most of them are so happy over there that they don’t do the trip every year (like the Polish brothers: heading for wintertime to Africa). 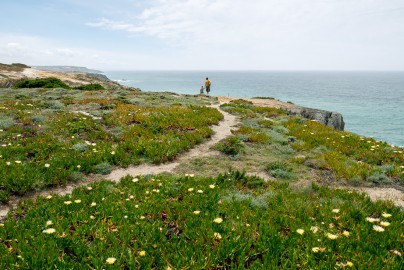 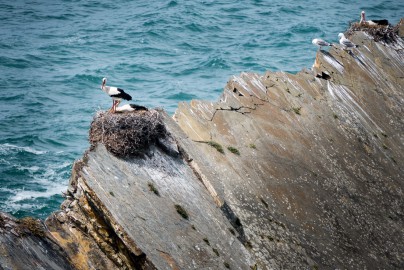 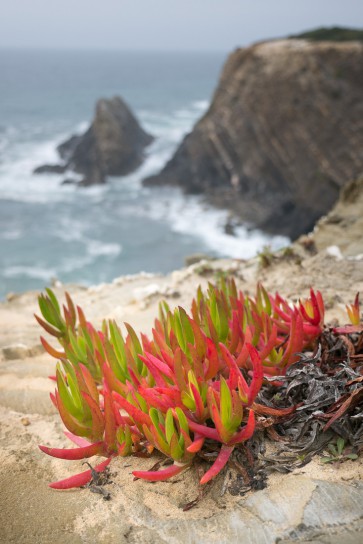 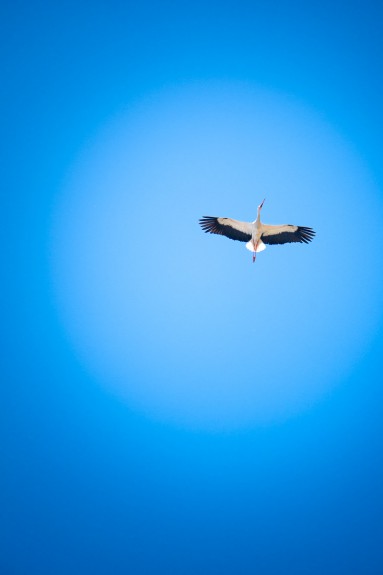 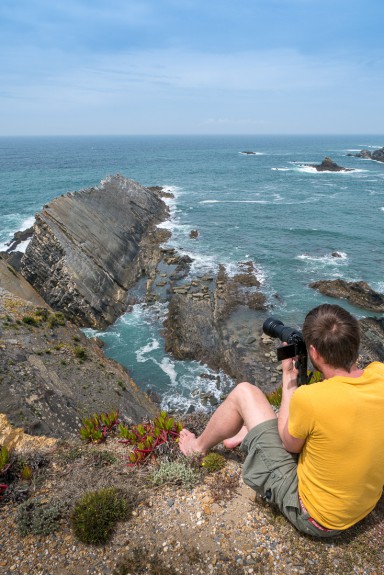 We spent hours on watching them: flying above our heads, collecting insects and frogs and feeding their little ones. Did you know that in the couple of storks – both parents are feeding the kids? And did you know that they are monogamous? Ha! They are not! Or at least they don’t have to be. Sometimes they change a mate after the migration plus they don’t travel together!

The national park (one of 30 in Portugal) is an absolutely lovely place. There are many beaches (some also very lonely and very well hidden – and we were with the kids, uhhh!!;), perfect conditions for surfing and amazing nature. The rocks forming those cliffs are one of the oldest in Portugal and there are quite some endemic plants over there (plants which don’t exist anywhere else in the world!). Coastline is stretching for over 120 kilometres and above your head you can watch not only hundreds of storks, but also great cormorants and fishing eagles. We were looking for otters (yes! yes! In a marine habitat!) but in some point playing game „uno“ with a view over the Atlantic was more exciting ;) Well… we like this doing nothing together! 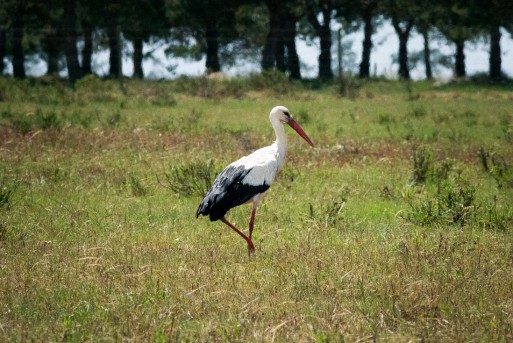 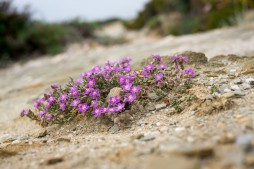 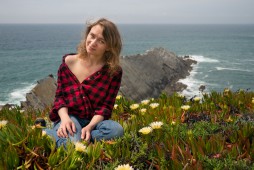 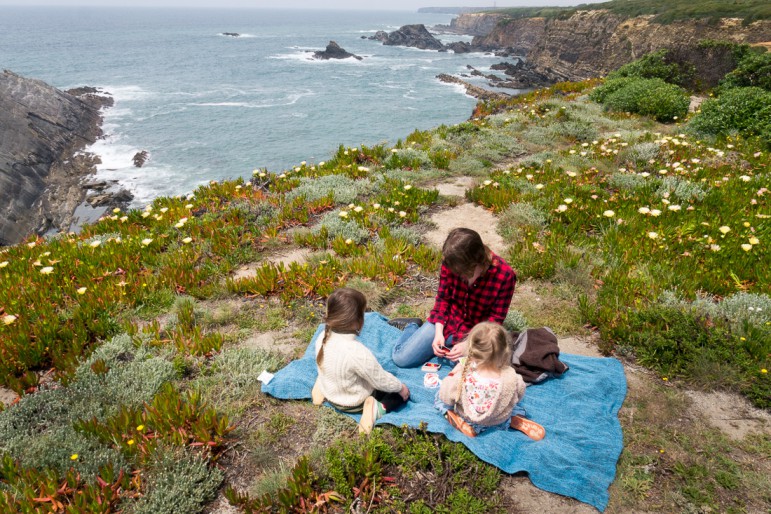 Portgual/Alentejo National Park: Picknick with an impressive scenery and plants all over – beautful!

All pictures are taken with a Review/Test: Panasonic LUMIX G7/G70.