Who can you meet? Animals of New Zealand - New Zealand wildlife | The Family Without Borders
New ZealandSouth Pacific
May 18, 2014
Likes

Nature of New Zealand is crazy! 1/3 of the country is a national park or conservation reserve and 80% of the nature of the country is to be found OLNY in the country! It shouldn’t be forgotten that New Zealand was once part of the massive continent Gondwana but separated from Australia 80 mln years ago and for the longest period of time was not connected with the rest.

Interestingly, New Zealand had practically no native animals except birds and seals! All, which can be met now, have been exported (even the pests! like wasps!). Deers were introduced for sport purposes (hunting is a little obsession here!), rabbits came from Britain and possums came from Australia. Those last two are very unfortunate animals for the nature and Kiwis are trying to fight with them for years. Just imagine, there is 70 mln possums in New Zealand! Their furry corpes can be found flattened on country roads, I even can’t tell you how many have we seen!

But you can meet a lot of native or half-native birds and mammals in the whole country. And you shouldn’t be afraid, there is only one dangerous thing: poisonous spider kopito (this guy we haven’t met).

Very special and typical for New Zealand is paua shell, to be found at the beaches and/or under the water. It’s sold in every tourist stand and can be found in every Kiwi home: as an ashtray or soup plate or whatever.

But what is difficult in New Zealand is the old good car game for parents and kids “who will spot more animals?”. There is almost no moment without seeing sheep, cows or deers. Lamb export has started in 1880s and there are sooooo many sheep and cows farms, that numbers are even not needed. Billion liters of milk, changed into cheese can supply McDonalds in whole Pacific region, whole Asia and South America! – Our power is not only the amount of animals – told us Mark, farmer. – With the high-tech machinery one farmer can milk an hour 350 cows! Just imagine.

So how does New Zealand sound? The song is something in between the singing of very diverse birds, moo-ing and maa-ing, baa-ing and sheep dogs’ barking… 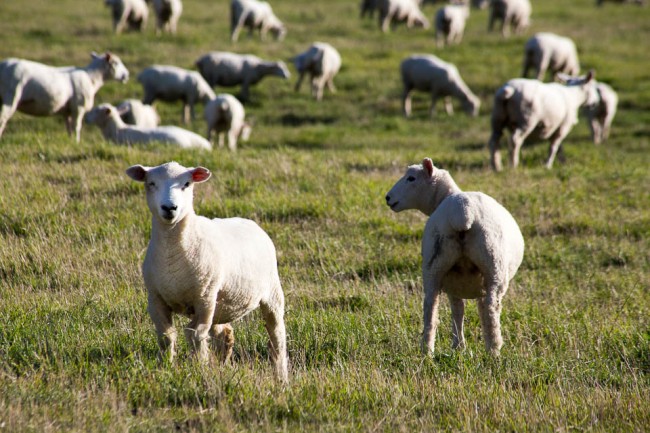 But for our girls still the seals and sea lions were the coolest.