Every day something new? So maybe a bungee jump from 47-metres bridge above the crazy blue river, in the home country of bungee jumping?

Little Mila was not happy: – Mummy not bungy!! – she was telling me for days. But then we put a rope around a leg of her doll and made some trial jumps from the car seat. Helped a bit. 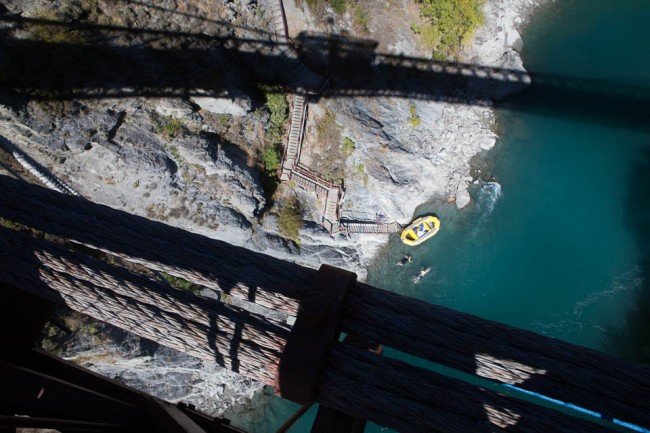 And I have known since years that I want to feel the free falling one day. And since I read where the idea was born, I knew I will do it in New Zealand.

A J Hackett, a guy from New Zealand first jumped from a bridge in 1986. During next years, he performed a number of jumps from bridges around the world. Then he jumped from Eiffel Tower and the bungee jumping became famous. Hackett opened the world’s first permanent commercial bungee site at the opening the world’s first permanent commercial bungee site, the Kawarau Bridge Bungy at the Kawarau Gorge Suspension Bridge near Queenstown in the South Island of New Zealand. When we were there some days ago, I couldn’t believe that it’s like a McDonald’s queue: few cashiers, people paying a lot of money just like that and jump, and jump, and jump, up to 100 people a day!

But I liked much more stunning volcanic Waikato River Valley with crazy blue water. Thanks to it we had more days to talk with Mila about it. 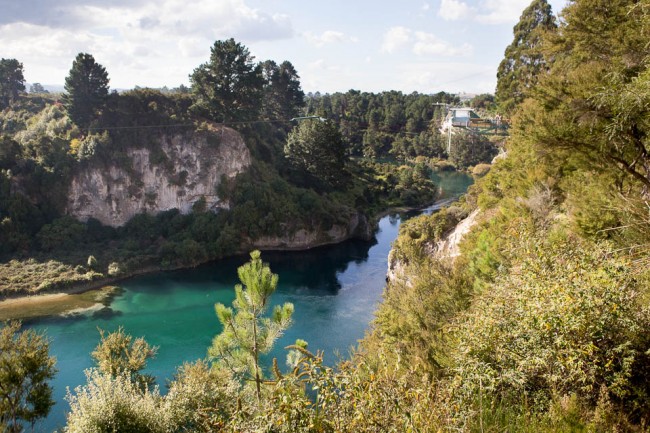 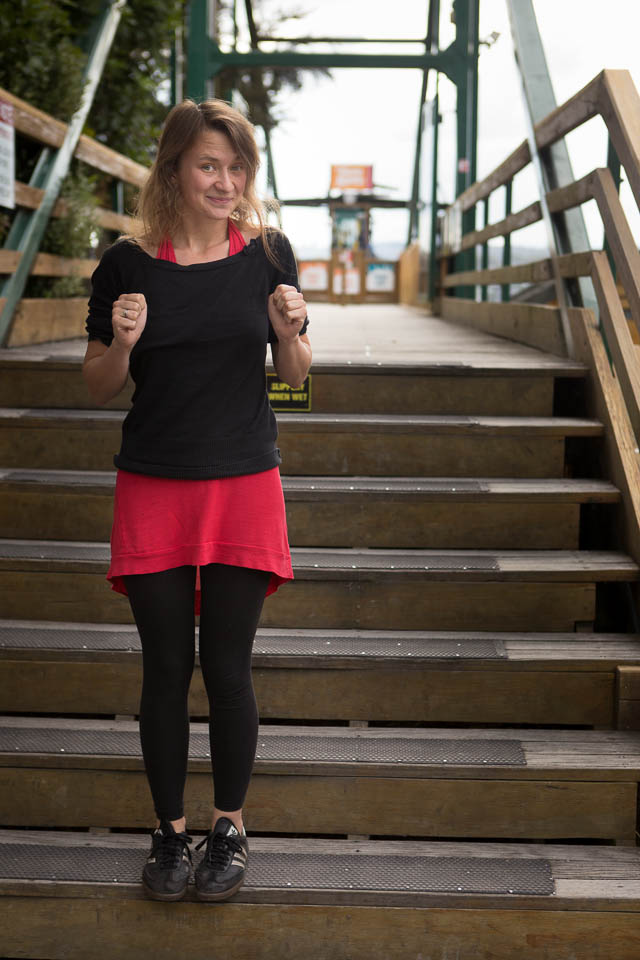 47 metres. Looking from the cliff: awesome! Looking from the platform: oh my god. – Longer you wait, more difficult it will be to jump – told me a friendly guy. He checked my belts and said that he can’t promise if I will touch the water or not. A flock of white birds flew just under me and I thought: it cannot be more beautiful! And I also thought: my kids are watching, the hell!!

So I jumped. And I’m still not sure what gave more thrill: the free falling or the rebound. And, what to say, I’m one of those, who like the thrill. 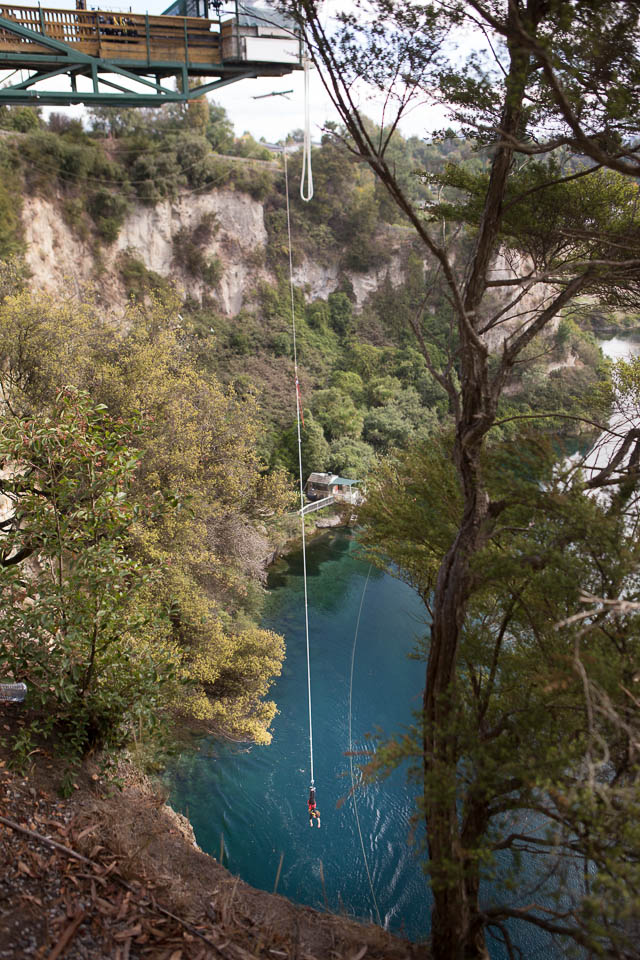 Going down the mountain path, I was full of endorphins. And pride. And you know what Hanna said? – Cool, Mummy. But it was not that cool that you were screaming so much, you know?

So what will be next? Have you ever heard about those “land divers” from Vanuatu? Young men, who jump from tall wooded platforms with vines tied to their ankles as a test of their courage?